Things I LoveThings You Should KnowWining/Dining
Teri B.9 years ago566 views 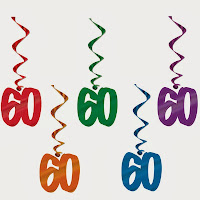 With the hubby’s fast-approaching big birthday (his 60th; mine follows in January), the question was posed to him: where do you want to be on that day … October 7th?  “At a baseball game.”   Sounds like a simple enough request.  But given that October is the beginning of the postseason, making plans for the occasion was not for the travel-challenged!


The daily question was:  What teams are going to be in the playoffs, and what is the schedule?  We knew back in late September that the Boys in Blue (aka The Dodgers) were the National League West champs, so their place was secure.

Ideally, we would be in our seats at Dodger Stadium.  I could get very “deep in the weeds” here about how and where the playoff teams are determined (four from each league or a total of eight possible game locations), but I fear I will lose most readers.  I am amazed I actually understand it myself, but that is largely due to the onslaught of baseball in my home from April through the Fall Classic.

Thankfully the baseball gods cooperated with a Game 4 on October 7 at Dodger Stadium.  Birthday message purchased for the Ribbon Board?  Check. By the way, I learned several things in this process.  The scoreboard messages are also available to be purchased, but only for groups of 30 or more.  And that space sold out three weeks ago, according to Ray Daryabigi, Head of Fan Services for the Dodgers (he was kind enough to return my call).  Hold up a sign and hope to get on camera?  Nope, no signs allowed at the stadium (they will be confiscated at security).  But I did sneak one in and will not share exactly how.  He also told me to go the Fan booth on our level and ask for some goodies, which were duly delivered along with Dodger personnel getting everyone around us to sing Happy Birthday.

Suffice it to say, very happy we didn’t have to contemplate going to another city to see a game on the 7th.  The choices:  Tampa Bay, Pittsburgh or Detroit — which is actually the hubby’s birthplace — but so glad to be in his longtime home.  Probably TMI for the non-baseball-fan readers here so I will move on.


“THOSE THAT CAN’T BUY, RENT …”
And that would be the philosophy followed for the big surprise of the day.  At 10 a.m., his ride for the next 24 hours was delivered to our doorstep:

Of course, few surprises go off without some heart-stopping event, such as the phone call I got the day before.  “We have some bad news about your rental … there are mechanical issues and the car cannot be fixed in time.” Good lord, no!  “But we can offer you an upgrade for no additional cost.” What was my first question? “Is it red?”  “Yes!”  No problem … let’s proceed!

I have wanted to do this forever, and the opportunity and timing turned out to be perfect for this day. Plus the fact that the hubby’s bro was a major contributor to this endeavor made it all the more realistic (thank you, David B!).

Driving around was followed by lunch at Matsuhisa for glorious sushi with bro-in-law and co-conspirator David, plus our kids and two friends of more than 30 years, Scott Redston (also an Oct 7 b’day) and Frank Haffner. 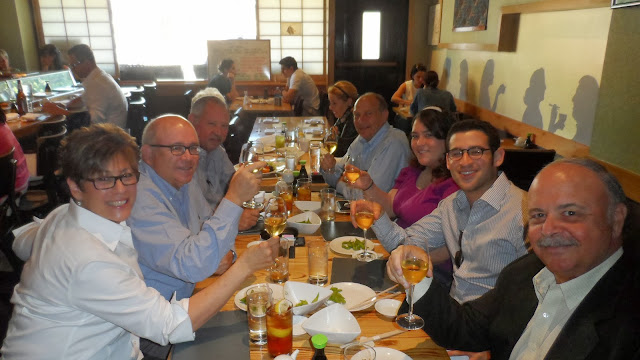 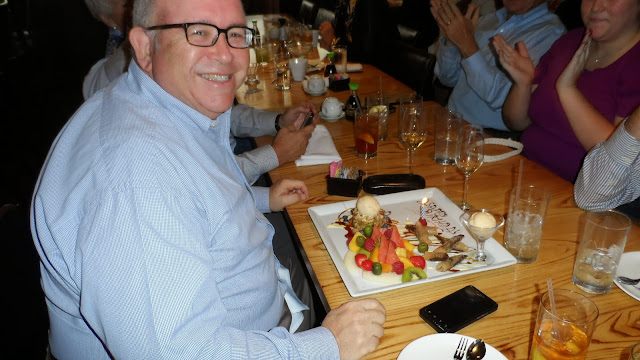 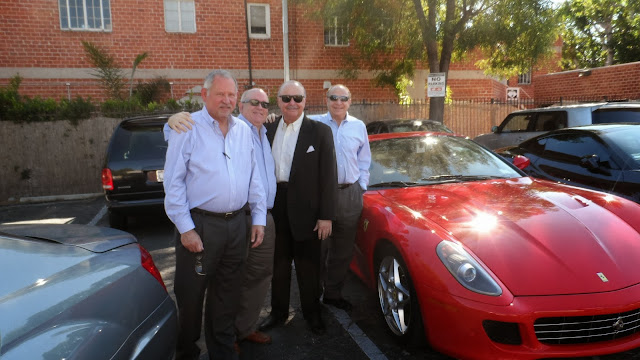 And, finally, those wonderful words were spoken:  “It’s time for Dodger baseball!”   And what a game it was … as if it weren’t enough from the baseball gods to even have a game at home that day, how about a come-from-behind home run in the bottom of the 8th that ultimately decided the game and the series.  On to the National League Championship next.   Honestly, one couldn’t script a better outcome.   And Hannah, the non-baseball-fan member of the family, was only to happy to provide dessert after we got home … 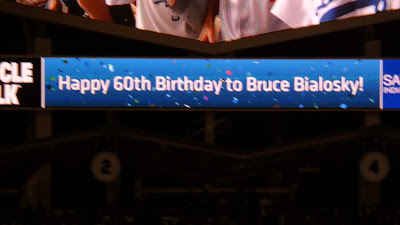 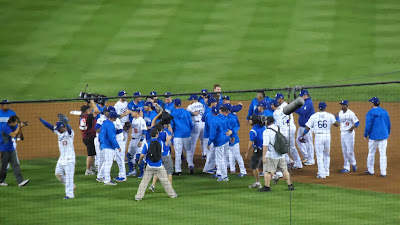 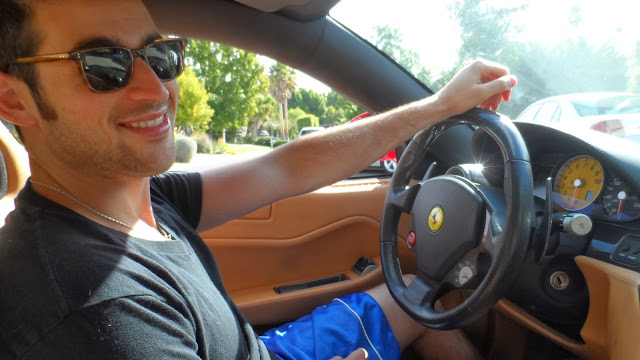 Teri B.
BEST WAY TO END THE SUMMER (WARNING: Do not proceed on an empty stomach!)
DINING AT AN ICONIC RESTAURANT