When sharing our itinerary for the recent trip to Southeast Asia, disclosing a visit to the gorgeous Vietnam beach area of Hoi An universally received lots of “ooohs” and “aaahs.”  Including a few days of doing nothing has become a regular part of the trip planning; this respite provides a much-needed opportunity to relax and recharge.  Otherwise, the travel is fast and aggressive in order to see as much as possible in any given destination.

This beach area is accessed by flying into Da Nang International Airport.  Da Nang is another familiar name to many Americans as it was the site of a major air base during the Vietnam War.  This particular location is in the center of the country — it thus provides excellent access to most other cities in Vietnam.

The ancient town of Hoi An is a Unesco World Heritage Site, straddling the Thu Bon River.  Our biggest activity there was getting manicures.  Choosing where to go was the big question as the number of available shops closely rivals the number of bars and souvenir stores.  Our two manicures cost a grand total of $14, and that was fine for us.  Compared to Hanoi and Saigon, the takeaway from the town of Hoi An was the height of touristy.  Personnel for stores, clubs and restaurants try every which way to lure customers in for whatever is being offered.  And there were outdoor carts as well.  Maybe the area traffic swelled for the weekend we were there, but the combination of crowds, being pitched and likely the weather (hot and humid; what else?) made the town visit just fair.  Fortunately, the resort itself was a haven for relaxing.

And that was exactly how the few days were spent by the gorgeous pool at the Four Seasons Resort.   The company acquired this existing property in 2016, and they cater to guests from Korea, Japan and the U.S. by number in that order.  The resort does an excellent job of providing both for families traveling with children and those of us without.  The main pool is for guests 14 and older, providing a very relaxing space.  One could opt for cooking classes, water sports and/or venturing into the aforementioned town if desired.   The setting is so beautiful that we mostly just did nothing — precisely what we had in mind.

As has the been the case with other resorts, we again had the pleasure of engaging the Executive Sous Chef, Alessandro Fontenesi, a character hailing from Italy’s Emilia-Romagna region.  He took great pride in giving us a tour of the burgeoning produce garden.  There was pure envy on my part for the available space and neat rows of plants.  While the garden is not able to supply all of the resort’s requirements, everything the garden does produce is used.  Crops are rotated and seasonally planted and the results both look and taste great.  We alternatively wanted the chef to continue providing wonderful tastes and for him to stop tempting us with such delicious food.  What a dilemma!

After three terrific and restful days (a total of nine in wonderful Vietnam),  we bid our adieu to the great staff with the promise of a return visit.  Next up, two stops in Cambodia.

If you’ve been following along on this journey (Helsinki/Tallinn/Riga/Klaipeda/Vilnius), then you know we had Russian Visa issues prior to leaving the US.  After the earlier-than-planned exit from Russia and with time left before our scheduled departure back home, the question then became:  Where should we go for the remainder of the trip?  You now know how the story ended, with four glorious and unplanned days in Paris (runners-up were Vienna, Prague and London).

Other than our honeymoon plus a day trip from Brussels several years ago, we’ve not spent any time in Paris.   A big consideration in deciding where to go was rearranging the flight home to LA.  Happily, I worked with AA and was able to move things around while still in Moscow, maintaining a terrific mileage ticket (85k) flying non-stop from Heathrow to LAX in First Class!  Obviously, I did not want to lose that, so we added a Paris-London flight and continued onward.  Moscow-Paris offered tons of options, ultimately selecting Luftansa with a bit of a layover in Frankfurt.

What did we do? Roamed the streets near our Place Vendome hotel, immersed ourselves at the  Musee d’Orsay, did a return trip to spectacular Giverny (below), ate at some classic bistros — including Le Grand Colbert (yes, that one — made famous in the movie Something’s Gotta Give), and just had an extraordinary time. We also had great fun perusing the incredible hotels and their remarkable floral arrangements. I am a serial advance planner, so there’s typically lots of emails back and forth with hotel concierges to make sure nothing is missed.  This stay was more about “What do you feel like doing today?”  The final day was a win/win, with the hubby going to the Louvre plus scouting the very best place to exchange currency, and I endlessly browsed the stores (strictly for research purposes).

So another post-tax-season holiday comes to an end.  Three weeks of magnificent sights, terrific service, fun with (first-week) traveling companion Julie Shuer, and meeting so many wonderful people.  There were oopsies as always:

Minor inconveniences (maybe the computer was a bit more than that).  As always, it is a great privilege to explore this incredible world.  Final pix below .. 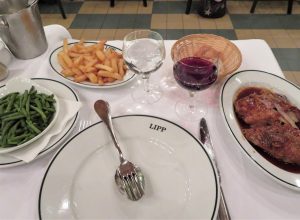 Brasserie Lipp — classic roast chicken and frites and the most scrumptious Napoleon for dessert.

What’s this?  The secret entrance to the world’s most reclusive jewelry designer – Paris-based  JAR (Joel A. Rosenthal).  Not that I would be granted an appointment (even if I could afford it) for it’s a very small and exclusive club that owns his pieces and for whom he creates.  But that didn’t stop my wish to find the iconic doorbell to his atelier.  The hubby encouraged me not to embarrass myself by bothering to ring.  Point taken.

When the family (the hubby, me and the kids) had a chance to get together with far-flung relatives (Florida, NY, CT, RI) gathered together in one location for a bar mitzvah, the decision to attend was a swift one.  Three of us are self-employed (and daughter Hannah got clearance from her boss) so it was just about carving out the four days and we were off!
Boston’s Logan Airport offers far greater flying options than Providence, RI, the site of the weekend’s festivities.   We thus arrived late Thursday, rented our car, spent the night and next day in the city and drove the 90 minutes to our destination.
What does one do first in Boston?  Perhaps checkout Fenway — alas, the Red Sox were out of town. See Harvard, MIT, BU or the other schools?  No.  The answer is to find the best pizza around, which meant a return trip to Regina’s in the North End.
After meeting up with Hannah’s bestie from LA who makes her home in Boston, we made our way to Regina’s after successfully finding parking which is no small feat in any area of the city.  This was a second visit for us and it was just as delicious as before.  We walked around the area for a bit before saying good-bye to the girls for the drive to Providence.  Hannah would take a late-evening train to meet up with us.
Providence to me is your quintessential New England town — sophisticated enough to entice students to either Brown University and/or RISD (Rhode Island School of Design), but quaint enough to have that small-town feel.  We found some of each.
We first met up with the family (Uncle, Aunt — who traveled with us earlier this year in India — and cousins on the hubby’s side) for Friday evening (Shabbat) services at Temple Beth-El and a light dinner afterward.  The bar mitzvah service was Saturday morning, followed by a luncheon and a party in the evening.
So what’s the first thing unique about this?  The synagogue’s roots date back to 1849, more than 110 years prior to the founding of the one my family has called home since 1986 — LA’s Stephen Wise Temple.  LA has one nearly that old — founded in 1862 as Congregation B’nai B’rith — which over many years (and in different locations) ultimately became Wilshire Boulevard Temple.  But back to Providence ..
We used the time between events to do a bit of exploring around Providence, and the first stop was at Brown — one of our country’s oldest colleges and the third smallest of the Ivy’s.  Downtown Providence is bustling as most state capitals are, with a fair share of shopping and food complexes along the banks of the Providence River.
The party was as it should be — mostly friends of the “man of the hour” Ben Stone.  The music was loud and lively and everyone had a terrific time.  And since it was at our hotel, it was a fantastic commute — i.e., none!  We likewise gathered the following morning for a lovely brunch and a chance to say our goodbye’s.  We headed back to Boston for a few more hours of sightseeing before going to the airport.
Oh, would that the trip home had been as pleasant as the rest of our stay.  I will spare you the utterly disastrous experience courtesy of Virgin America for another post.  For now, we’ll savor the 3-1/2 days of family fun and New England sights as they aptly deserve!
After parking in the underground garage at the Boston Public Garden, we exited into the Garden and quickly found out we were smack in the middle of a weed festival … like we’d entered Woodstock (I guess!)  Groovy, man .. 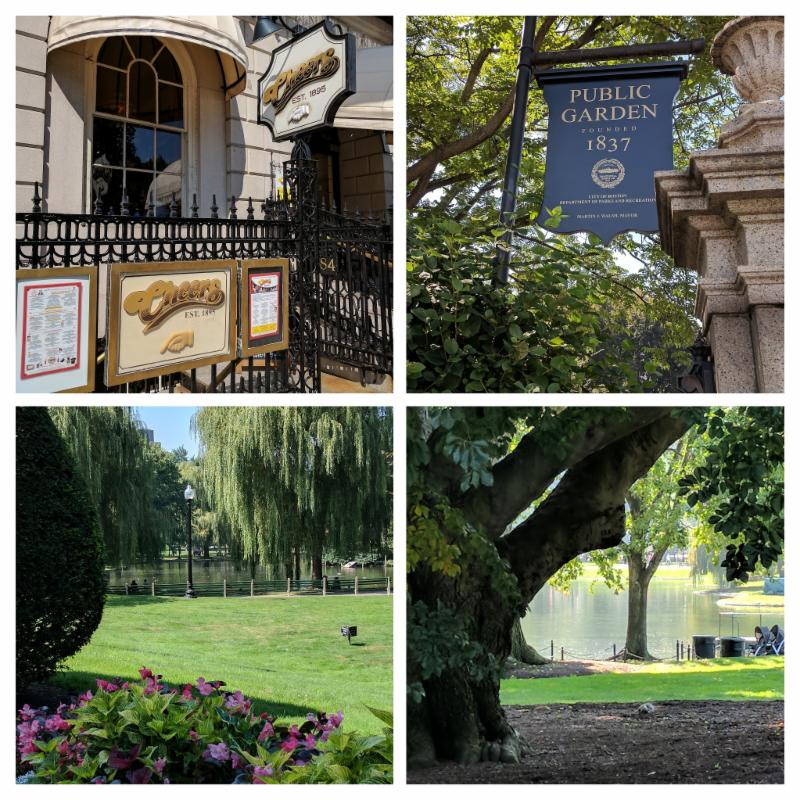 Picture-perfect weather made for a terrific afternoon. 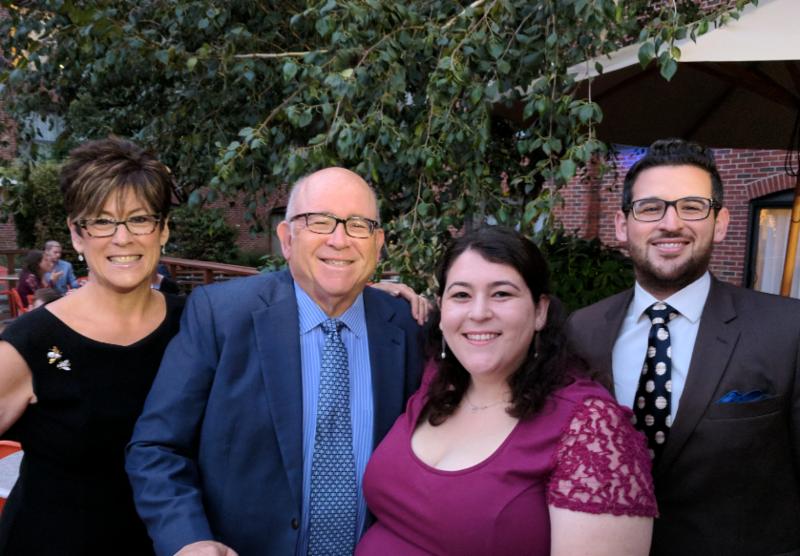 IT’S THE LITTLE THINGS IN LIFE …

3 years agoTeri B.0
375
Pretty much any home gardener will tell you that there are frustrations … most particularly going outside to pick something and all that’s left of what you had JUST SEEN is a half-eaten something. Wouldn’t it be lovely if one didn’t also have to clean up after those darn varmints??? 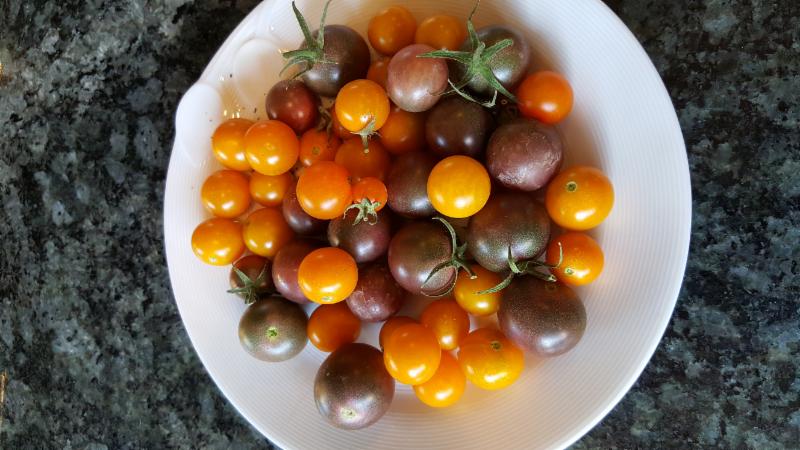 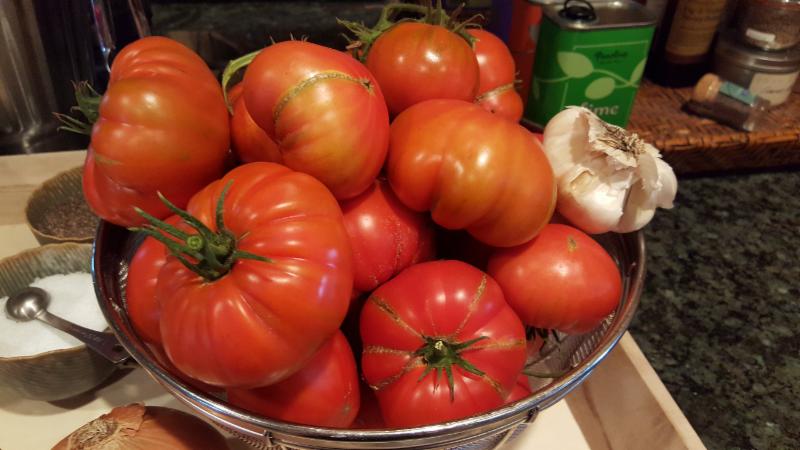 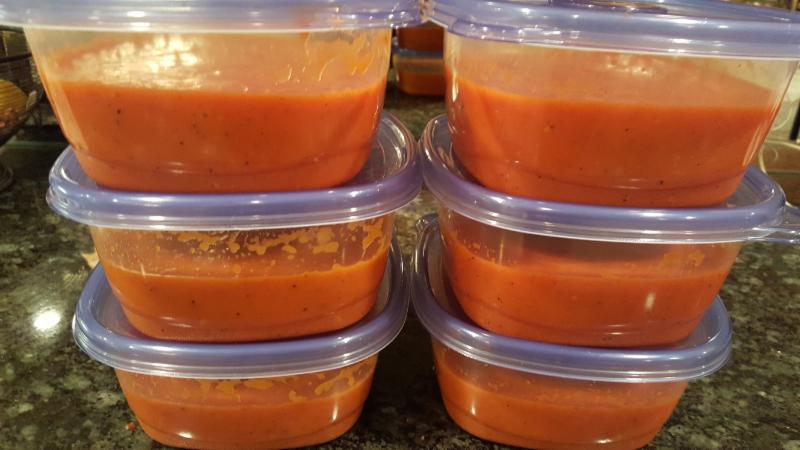