International TravelThings You Should KnowWining/Dining
Teri B.9 years ago735 views

Part 2 of our visit to South Korea continues with the final day in Seoul, which included a visit to the fairly new Leeum, 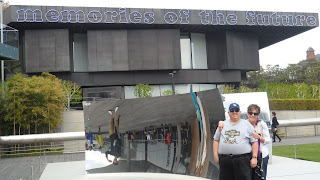 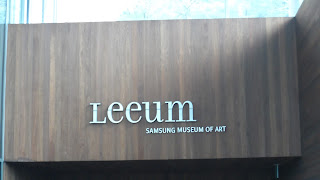 Samsung Museum of Art.  There are three very different buildings, each designed by a different and renowned architect.   I loved the vast collection of priceless celadon pieces and the modern art; this is a wonderful place to stop and browse … 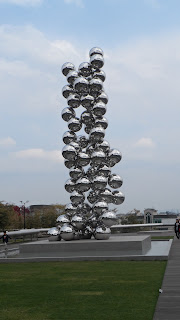 Next stop was the massive Lotte Department Store.  The basement-level food hall rivals Harrod’s and the top two floors are “duty free.”  As this was Sunday and the beginning of a holiday week that includes May 1 (celebrated internationally as Labor Day), it was wall-to-wall people, mostly Chinese, who have an insatiable appetite for shopping, especially where designer labels are concerned.  I’m just wondering how so many people afford the goods … which, duty free or not, are still expensive by just about anyone’s standards.

Of course eating traditional Korean barbeque was something we looked forward to, and the hotel sent us to a restaurant called Bamboo House.  A lot of the cooking is done at the table and was very delicious with tons of small “condiments,” but it can be on the pricey side … we learned the Japanese are not the only Asian country where prime beef is just fabulous but one better not expect anything close to a Flintstone-size portion.

And now it was time to leave this wonderful country.  It’s hard not to draw comparisons to Israel, for both countries were established in 1948 and deserve great credit for the vast number of accomplishments made in a relatively short period of time.  We said good-bye to our guide with some final hugs and pictures, and look forward to a return visit.

BACK TO CHINA … for the final leg of our trip, this time to China’s financial capital of Shanghai.  And back to shoddy internet, pushy people and too many smokers!  Now that I have that out of my system, we were pleased to meet our guide Jeony (easy to remember – like my sister Janie) and driver Mr. Xu (“Zhou”).  We are staying on the older east side of Shanghai, right off the famous Bund (boardwalk), as opposed to the newer west side of Pudong across the river — which area was marshland only 15 years ago.   As even short flights (under 2 hours from Seoul) can be exhausting when factoring in all the airport time, I was glad we did not have plans for the afternoon or evening.

We asked our concierge to recommend an Italian restaurant and had no idea what was in store.  After a brief exploration around the hotel, we returned as the hotel said they would escort us to the restaurant (that’s a first), which they kindly did up to and including handing us off to restaurant’s manager.  This turned out to be an exceptionally memorable meal.   8-1/2 Otto e Mezzo has been open in Shanghai barely one year, but the sister restaurant in Hong Kong is legendary with three Michelin stars (no rating as yet of Shanghai restaurants).

A native of Florence, our new bff Leonardo is a career restaurant person who took great care of us.  He reiterated what we had learned elsewhere: the frustration experienced by top eateries in China  in terms of sourcing quality product and the associated “tax” (graft) paid to get it right.  I’ll let the pix do the talking but wow.  And they couldn’t have been nicer. 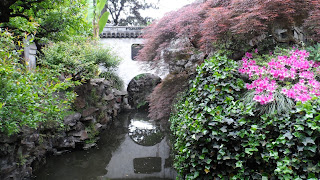 Jeony and Mr. Xu picked us up for touring Shanghai; off to the Old Town area and the Yuyuan Gardens.  The contrast between new and old here is stark, with 700-year-old buildings that now house ColdStone Creamery along with traditional tea houses, etc.  Unlike the Summer Palace in Beijing which was built for royalty, the Yuyuan Gardens were meant to be an oasis in the center of the city for the affluent but now belongs to the government. 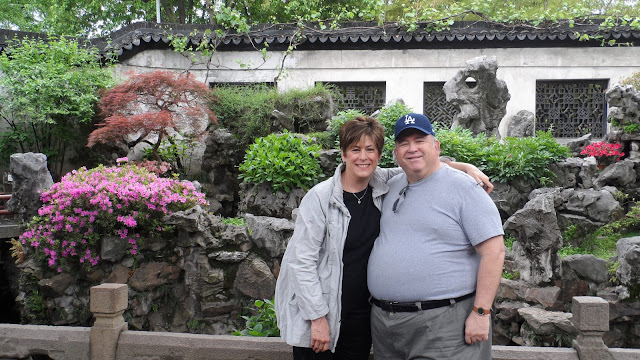 Everywhere else was packed with tourists during this holiday week of May 1, but the gardens were much more serene.  Surprisingly (well, not really) we managed to end up in yet another pearl store.  Even I’m weary of bargaining at this point!   We then enjoyed a very traditional lunch (we were the only non-Chinese at this restaurant per our request to go local and authentic); Jeony helped us order and made sure everything arrived while dining elsewhere as is the customary guide/patron scenario.

Back to the hotel where I am happy to report I utilized the “gift certificate” offered for a spa treatment (save $200 RMB or roughly $30!).   I have some reluctance going to high-end hotel spas – there’s not necessarily the quality of treatment relative to the cost.  This proved to be a wonderful exception.   Downright affordable compared to many hotel spas and truly glorious; just a great experience.  I was chatting up a gentlemen in the waiting area who was in Shanghai for the third time THIS YEAR; he was a Philly-based businessman who has factories in different parts of China.  I asked him about doing business here and he said once you leave Beijing and Shanghai, it’s basically a Third World country.   I could fairly argue that the same could be said of China’s two top cities as well  …  Ironically, as I am writing this, I am watching Charlie Rose interview Google CEO Eric Schmidt (Bloomberg, CNN and the BBC are the typical channels available) where he is discussing Google in China and the government’s ability here simply to shut down access as they see fit.  Try that in a free and open society … anarchy!

Next blog will be final thoughts and pix from our Asian adventure!