ADVENTURES IN BEIJING (Conclusion) … Our itinerary continued with a visit to the Summer Palace, which was mostly used by the “Dragon Lady” or Empress Dowager in the late 1800’s.  She was the 7th Emperor’s wife or concubine …. or whatever and mother of the 8th Emperor and hugely influential. 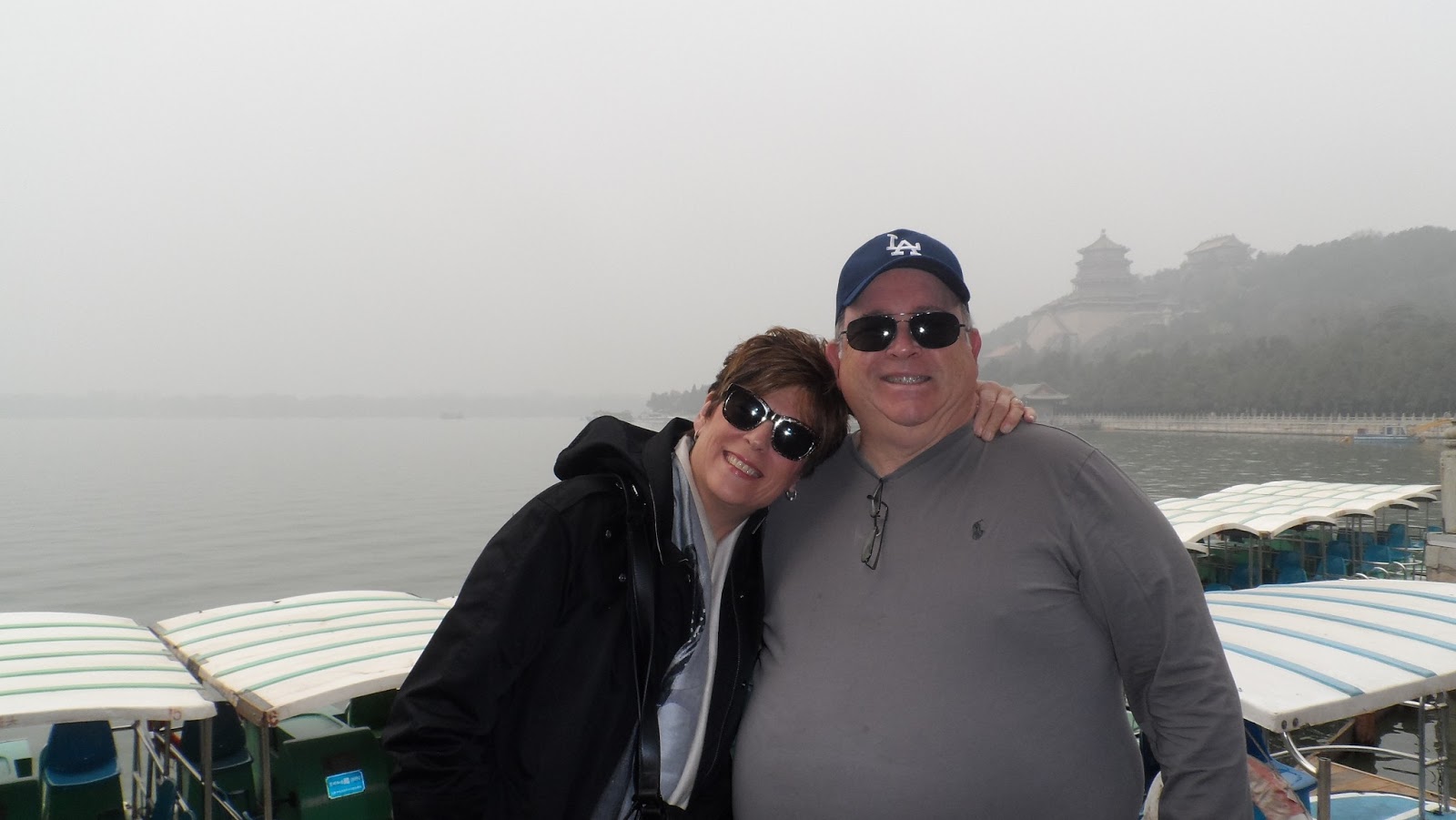 A large man-made lake in the center of the palace property was stocked with oysters; we were told that each night the Dragon Lady took a large pearl and ground it into powder, and then created a facial mask in which she slept to prevent wrinkles.  The lake still produces tons of (government-controlled) pearls so a visit to the nearby pearl factory was, of course, in order,  resulting in a protracted but successful negotiation (well, I was happy). 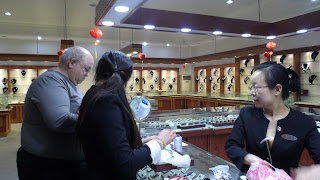 The hubby gets big laughs by asking “How many Chairman Mao’s does it cost?” because his (Mao’s) picture is on every single bill..  Likely most of the Chinese have not heard that type of humor, but they giggled nonetheless.

Another exceptional meal was most enjoyed that evening at the restaurant Agua with a chef from Barcelona serving amazing tapas; highly recommend a visit to anyone coming this way …


Our final full day of sightseeing began with Beijing’s version of Soho called the 798 Art District, full of interesting galleries and boutiques.

We made a return visit to the Sanlitun area for lunch, where Agua is located,  and which is quite hip (for Beijing) with tons of bars and shops.  It was then on to the Temple of Heaven.   The site is actually larger than the Forbidden City but rather than multiple buildings there are mostly trees and the enormous Hall of Prayers.

Prior to our last (but not least) stop – Tianamen Square – we had an experience qualifying for “truth is stranger than fiction” or “you can’t make this S*&t up.” While routinely stopped at a red light, our driver suddenly put on the flashers and jumped out of the car (is this an actual Chinese fire drill?), then began doing a full search underneath the car as best he could.  What happened?  A cat had been scurrying across this wide street, likely got scared by the traffic, and took refuge in one of our tires – like fully inside the wheel base.  Meow. 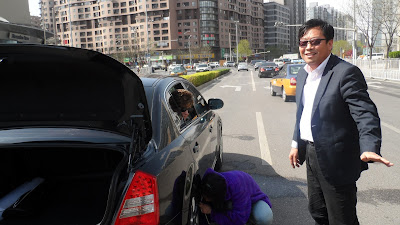 Yep, no matter how much they yelled and pleaded (maybe the cat didn’t speak Chinese?), the thing wouldn’t budge.

Obviously we were stuck, for moving would certainly hurt the animal.  After 20 or so minutes, with the hubby now directing traffic around our stopped vehicle, our driver was forced to jack up the car and actually remove the wheel.

The story has a happy ending as our fearless guide Evelyn carefully extracted the terrified kitty and carried it to the sidewalk where it dashed into the bushes … unharmed.   Tire back on, we continued on our journey! 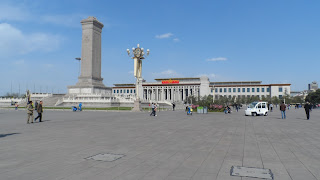 Most Westerners know Tianamen Square as the scene of the famous stand-off between protesters and tanks, but really it is the world’s largest public square (it can accommodate 1 million people). 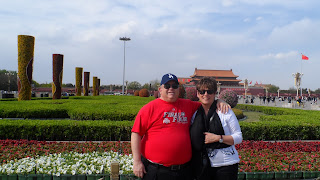 All four sides have important structures – Mao’s tomb, National Art Museum, Parliament and the entrance to the Forbidden City – truly symbolic of all things China.. 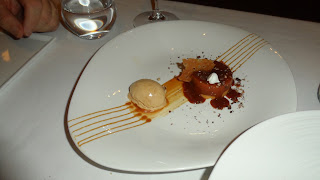 And just when we thought we’d experienced the best of Beijing restaurants, we dined the last evening at Temple Restaurant Beijing, located in a 600-year-old former place of worship whose structural integrity was maintained while adding a thoroughly modern and gorgeous esthetic.  This 15-month-old establishment serves contemporary European cuisine and is run by an absolutely top-rate restaurateur who previously ran Daniel in NYC so he learned from the best.  Spacious yet intimate, we were treated so well … complimentary wines with several courses and an assortment of small bites both before and after the meal.  Not easy to find, but so worth the journey.  As I said before in a previous post, if your hotel has a concierge then be sure to make that person your bff.  Every restaurant was expecting us upon arrival and the experiences were no doubt enhanced as a sort-of quid-pro-quo; we dined well and are now recommending to others, both the restaurants and hotels alike.  Next stop:  Seoul!

Teri B.
ADVENTURES IN BEIJING (PART 1)
FIRST VISIT TO SEOUL