The second leg of the recent visit to South America took us to Ecuador, where it was pleasure to be on both U.S. currency and U.S. current – so no converters or adapters required. The first stop was Guayaquil, the city through which all visitors in and out of the Galapagos Islands must go.  This city should never be considered only as the gateway to the islands, as it is the largest city in Ecuador by population as well as a vibrant area.  Our accommodations at the Hotel Oro Verde were large and modern, and everywhere we looked there were members of the IJF (International Judo Federation) – who knew such a thing existed – here for a Pan American competition.  There were some very large members, to say the least.

We enjoyed a “day off” from traveling and walked the 1-1/2-mile waterfront promenade with a small botanical garden, museum, shops and food.  One surprise at our hotel was the very formal and wonderful meal enjoyed at their Restaurant Gourmet — frankly we weren’t expecting that level of sophistication, with excellent service and a gorgeous table setting. 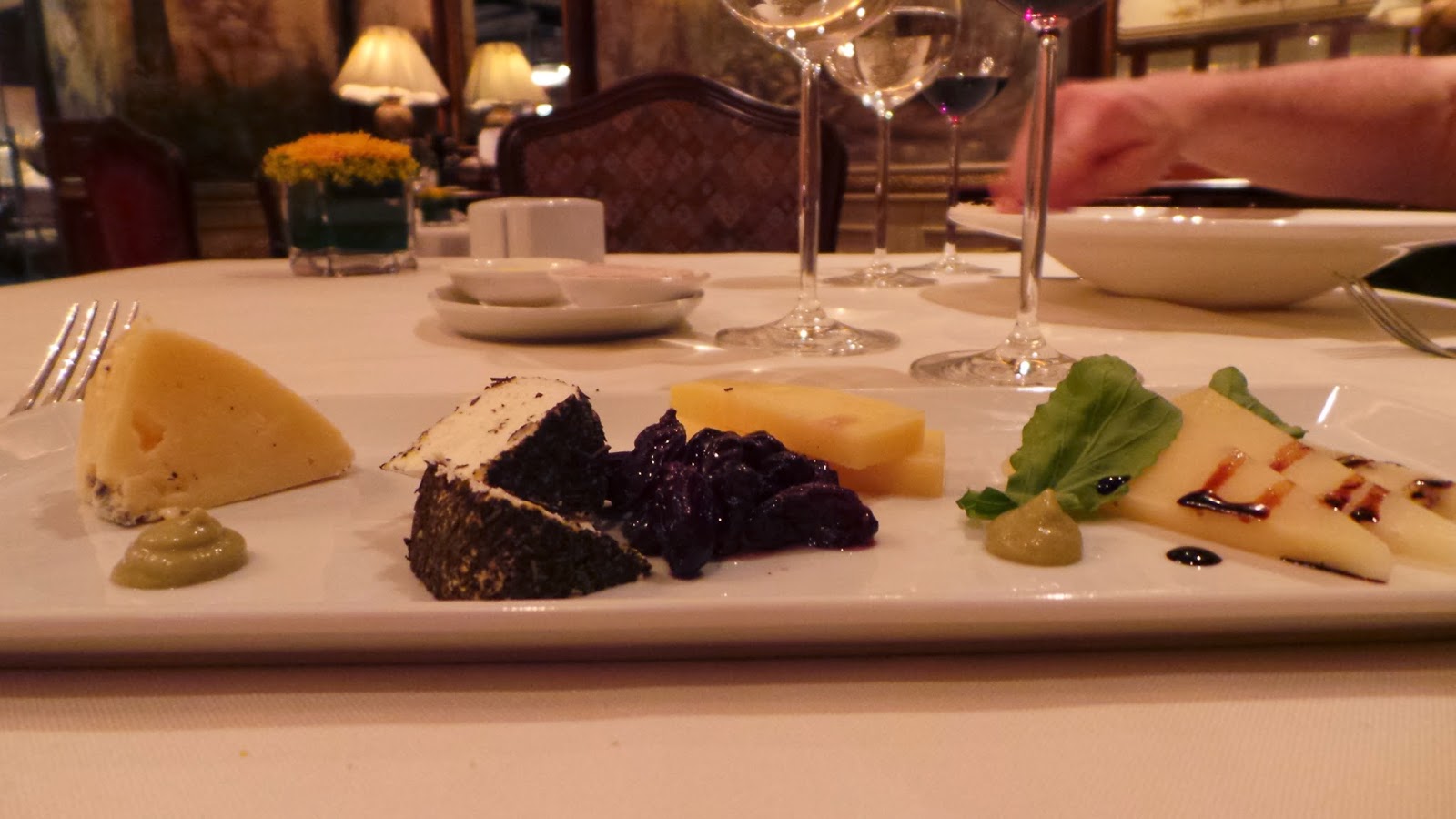 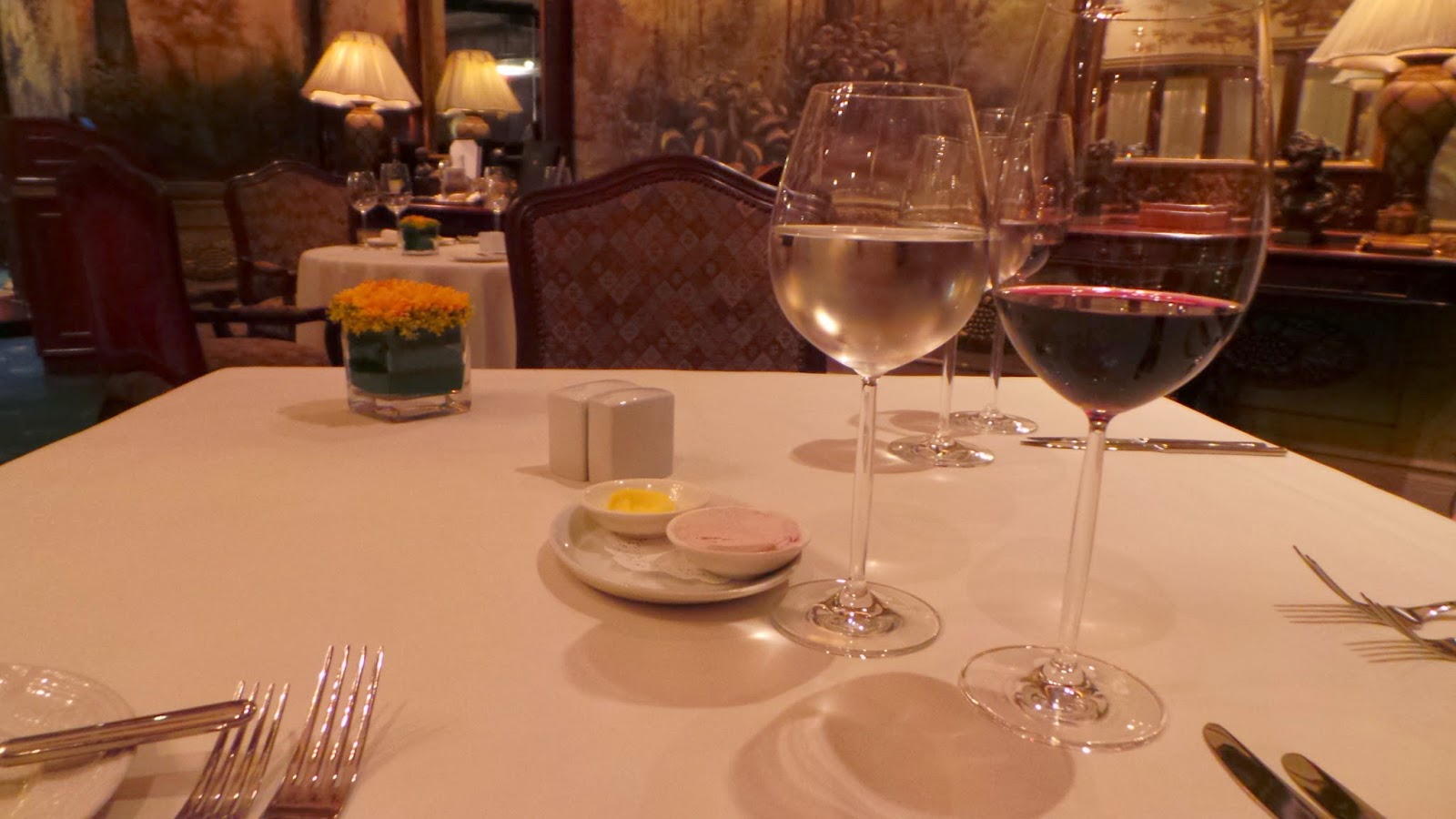 And then we were off on for our three nights in the Galapagos Islands, 600 miles to the west of Ecuador’s coast.  While many tour the islands with their base being a cruise ship, I was happy to find the Royal Palms Resort, a member of the Leading Hotels of the World, with whom our tours were arranged.  I believe they are deserving of the designation purely by what they accomplish in virtually the middle of nowhere, the so-called “highlands” of the island.  At capacity they accommodate just 60 guests, and the first night we had the place to ourselves … we did end up with two others the following nights.

Just getting to the hotel involves a number of transportation modes.  We were met at the Baltras airport by hotel personnel. By the way, not only are Passports required again upon entry to the Galapagos, but a fee of $100 cash is collected from every visitor — approximately 300,000 annually — for maintenance of these incredible islands.  The personnel first loaded our bags onto a bus for a short ride to the ferry, at which point the bags are then hoisted up top with passengers below for the water crossing (less than 10 minutes), and then the hotel van and driver took us the rest of the way.  Once finally settled at the hotel, we began our tours – the first of which were the lava caves on the hotel property.  I went about 100’ in and promptly told the hubby and guide Andreas I would meet them at the other end.  No need for claustrophobia just now.


We then experienced a trip highlight with the visit to the nearby farm of the Tortugas Gigantes, the giant tortoises found only in the Galapagos and Seychelle Islands.  These creatures are something to behold.  They live up to 200 years, weigh up to 500 lbs., and mate from the age of 25 – 125 years (not too bad).  This being the end of the rainy season and going into the cooler summer months, it took us more than an hour to find one out in the open as they head for shelter in the early afternoon to get adequate warmth overnight.  They have no ability to regulate their body temperatures.  We had just about given up and were driving away when one was spotted and we headed over for the remarkable sight.  Of course then several others were spotted, including one crossing the road.  Hence, the signage “Tortuga Crossing!”  Remarkable. 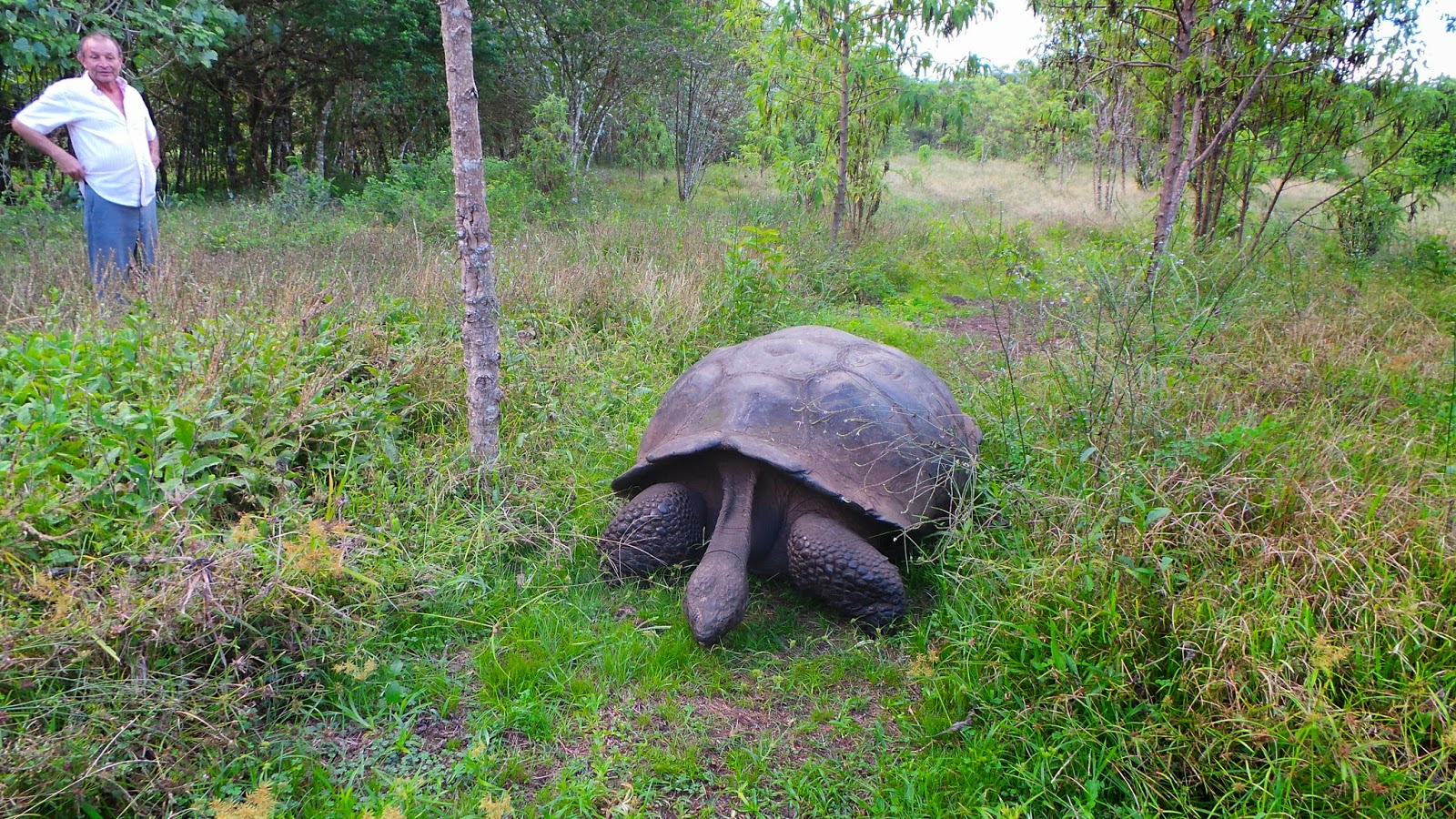 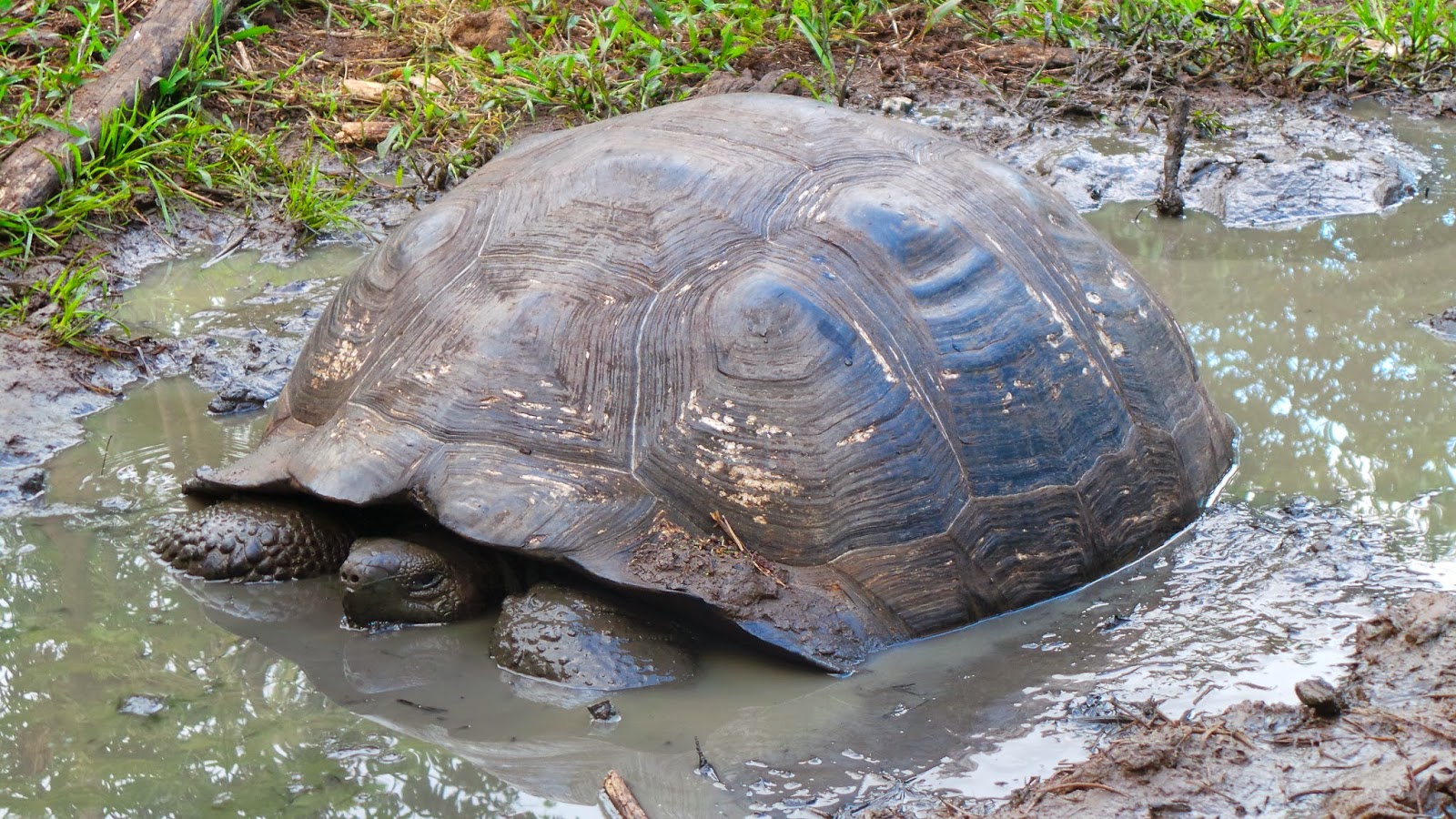 The next two days were a combination of land tours and snorkeling, first on South Plazas Island and then North Seymour.  Each island has a different topography and distinct wildlife can be found in certain locations.  It was very hot, no shade, and in hindsight I should have gone for the SPF100 instead of 50, plus tons of bug repellent.  Nevertheless, we saw incredible sights.  I am not much of a bird person, but some of the creatures were just gorgeous.  Our guide Alejandro, plus the boat crew, were friendly and very knowledgeable, informing us of how the species co-exist and survive there.  All you travelers out there, put the Galapagos at the top of your respective bucket lists; you will be glad you did. The photos below tell the tale ..

Next blog post:  we go to Ecuador’s capital of Quito, plus a few days in Cotacachi, in a growing community of expats now living in Ecuador.