Things I LoveWining/Dining
Teri B.6 years ago674 views
Want the best and easiest solution for solving who goes where and who cooks what for Thanksgiving?  Leave town.  Especially if you can with those you love most.  That is exactly what I did with the hubby, son and daughter  … headed off to beloved New Orleans for great food, music and time spent together. 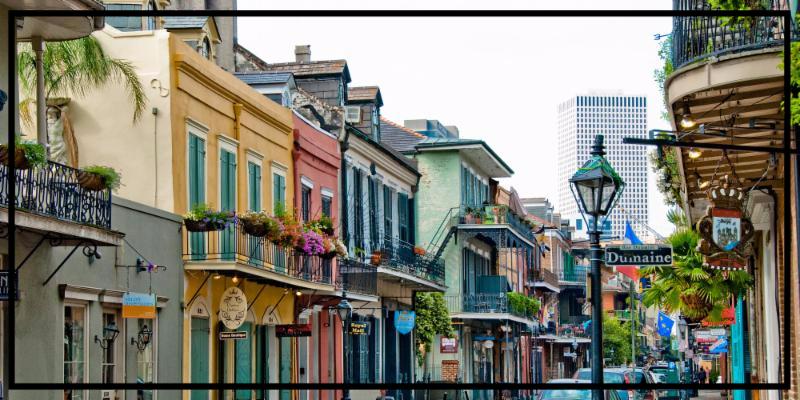 Over the years of flying this time of year, we’ve found that leaving on Tuesday while crowded isn’t quite insane.  Having a non-stop flight — particularly on Southwest — also helps.   Of course weather is something over which no one has control and it seems like the snow came early this year, no doubt adding to fliers’ frustrations. 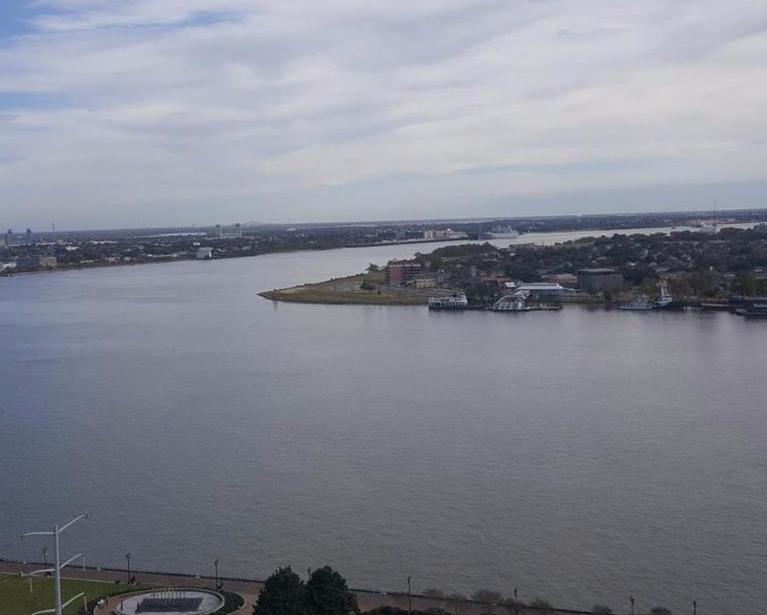 View of the Mississippi from our hotel room

Accommodations at the Westin provided not only great views but walking proximity to everything.  Although the hubby will never believe me, I honestly did not know the hotel is attached to the Canal Shops — i.e., an elevator ride directly to Saks.  That happy accident notwithstanding, the staff is wonderful; rooms very comfy; and the view of the river is superb. Win/win/win!
My minor concern over how to spend our time here when not eating was quickly allayed by the hotel concierge who suggested we try the Canal Street trolley.  At $3 for a 24-hour pass, it was indeed a fun and convenient way to see a bit of the city.  We headed up to the Carrollton neighborhood and found Katie’s in a Google search.  And what an amazing find … this local “joint” has understandably been visited three times by Guy Fieri (Diners, Drive-in’s and Dives).  Great food, terrific service, reasonable prices.  Cannot recommend highly enough.
Clockwise above: Can’t argue with the logic; inside view; amazing onion rings (with a kick); catfish po’boy.
The afternoon took us to the City Gardens and New Orleans Museum of Art where timing was perfect.  The priceless, private collection of Microsoft co-founder Paul Allen was on display prior to heading back to Seattle, presumably not to be seen again soon. Oh, my … everything from David Hockney to Picasso to Monet to Ruscha to you name it all focusing on landscape.  This was indeed a happy find.

Above top is the museum; bottom is from the adjacent park. As an orchid person, the sight of so much live spanish moss growing from the trees was amazing.
The son joined the party late Wednesday and it was off to Frenchman Street into the wee hours (for the boys only). Thanksgiving Day was a chance to stroll through the French Quarter after the obligatory stop at Cafe du Monde.  The Cafe closes for just 30 hours of the year (6pm on Dec 24 until 6 am on Dec 26) and was packed as usual.  For dinner we truly enjoyed Mr. B’s Bistro featuring a traditional Thanksgiving meal or regular menu items.

A visit to the National World War II Museum should definitely be on everyone list of “things to do” in NOLA. In fact, one could visit several times to take in everything the six-acre, five-building campus has to offer.  We did just that after lunch at Cochon in the Warehouse/Arts District.  A quick stop in the stores this Black Friday was also on the agenda.  Hey, we do what we can to help the local economy!

Our last dinner in NOLA took us to Gatreau’s in the gentrified Garden District. Good thing we allowed ample time as the city was in full gridlock at Canal and N. Peters requiring a short walk to find an available cab.  The restaurant has no signage whatsover in the beautiful residential area. We had a very fine meal as shown below.  The Uber trip back was most interesting — our driver was a stay-at-home-mom of four (ages 5 to 15).  She loves getting out periodically to earn some dough in her Chevy Suburban which is akin to riding in a luxury mobile home.  I asked her if there were any safety concerns (as did her own mom, apparently); she takes some precautions but generally enjoys the company of customers such as our family …. 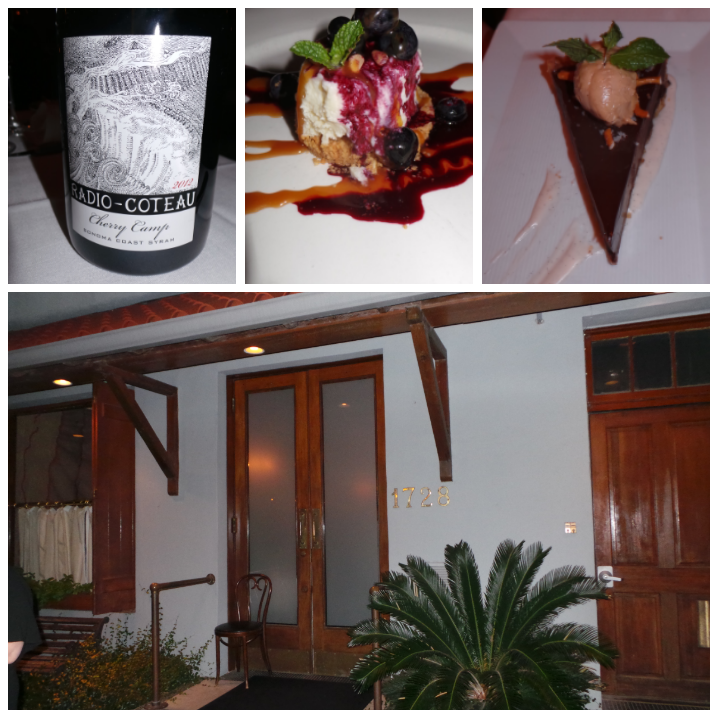 Who knew the trip would be memorable for the college football game played on Saturday — an epic battle between our beloved Ohio State Buckeyes vs arch-rival Michigan Wolverines.  It was literally a race against the clock as the hubby refused to leave for the airport before the game ended  — in double O.T.!  We watched in the hotel bar as the Buckeyes finally prevailed, let out the appropriate screams of delight, and raced to the airport for the happy trip home.  All’s well that ends well! 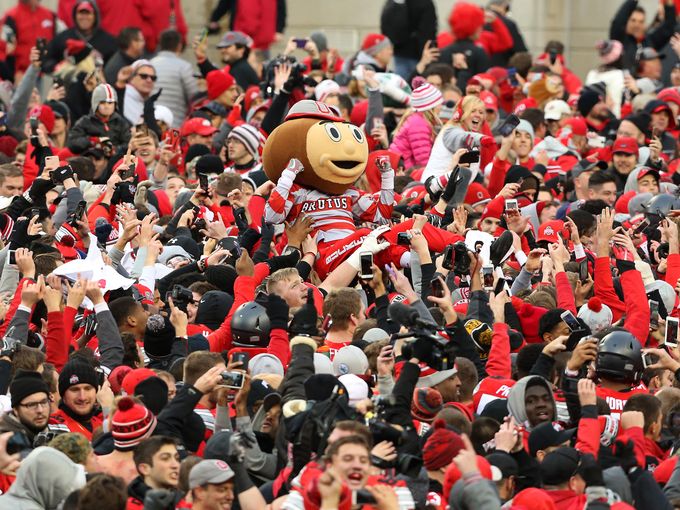