Things I LoveThings You Should Know
Teri B.6 years ago789 views 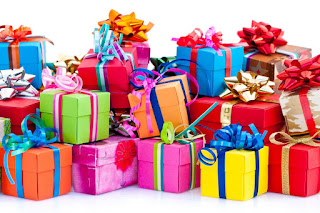 When it comes to buying the hubby gifts, he is a tough one to crack … unlike the other person in this marriage (moi), he has little interest in things that sparkle or any material “stuff” for that matter.  His indulgences are great travel, major sporting events – particularly when one of his teams is involved – and concerts.  So as the 30th anniversary approached, I was stuck for a gift … especially one that would be a surprise. 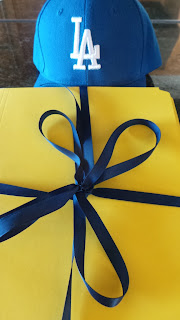 New volumes of the 25th anniversary gift — bound books containing his weekly columns — would likely be well received again but to me would lack imagination. I tried numerous angles to get a surprise guest to show up at our upcoming anniversary party, but to no avail. Vin Scully was for sure a no (but part of a fabulous gift below).  I felt funny asking our longtime neighbor (Steve Lukather, well-known guitarist and founding member of Toto) to facilitate Ringo Starr as Steve tours with Ringo. But I’m thinking Steve’s response would no doubt have been “What am I, chopped liver?” So that was a pass.
I reached out to my nephew who has ties to the music industry for help with Foo Fighters founder Dave Grohl.  Turns out I could get to Grohl all by myself with a chance encounter at a local restaurant, providing the photo op below. Much as the hubby is a fan of the band, his heart belongs to Paul Simon … and he was certainly out of the question.  Hey, this favor wouldn’t have been for naught — I was willing to provide a car/driver and make a donation to the charity of the guest’s choice.  Finally I even pestered the wife of Hall of Famer Frank Robinson at our mutual nail salon … but the true Robinson “get” would be Brooks and that was certainly never going to happen. 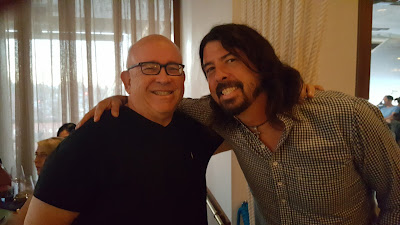 Lo and behold, I found out about something called “Dodgers All Access,” a special event at Dodger Stadium benefiting both the Los Angeles Sports and Entertainment Commission and the Dodger Foundation.  Best of all, the event was taking place the day after our actual anniversary (Aug 31) so the timing was excellent.
How was it?  Well, I’ll let the photos tell the story.  From my perspective, it was pretty darn cool mixing it up with Dodger royalty, visiting the bullpens, batting cage and talking serious baseball for the night.  Dare I say, the surprise was a “home run” … 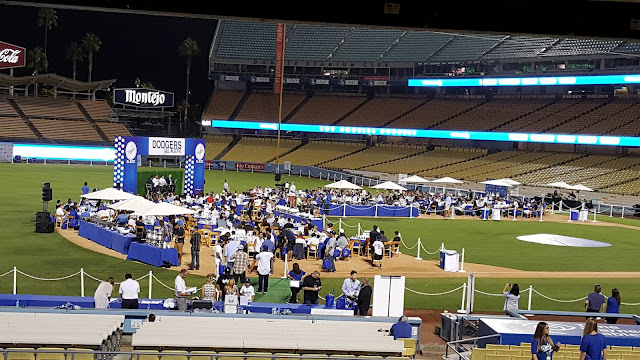 Teri B.
LOOKING BACK ON A HELLUVA JOURNEY
IT’S THE LITTLE THINGS IN LIFE …

BACK IN THE WINDY CITY

MICHIGAN FOR A DAY