International TravelThings I LoveThings You Should KnowWining/Dining
Teri B.6 years ago865 views
It is finally time to utter some of my favorite words:  “And, we’re off!” Every year at this time, the hubby finishes tax season (for which I thank him profusely) and we are fortunate to take off to yet another planned out, thought through, thoroughly explored part of the world for roughly three weeks.  This year it is South Africa, Zimbabwe and four days of lying on the beach in Mauritius (not shown, but further out in the Indian Ocean).  Lucky us, indeed.

And then there is the getting there … it is a long way, no matter what route is employed.  In this case, it was via AA and BA: LAX with plane change in Dallas, about 8 hours in London and finally arriving in Cape Town after 36 hours. Kudos to BA’s first class cabin. I don’t recall how this leg ended up being a true first class experience — the other two were business; all three using miles– but it was great.  PJ’s, blanket (both of which I kept) and really good food (“to your liking”); but the best was when the staff made the seat into a flat bed complete with sheet and comforter.  That made the 11.5 hours extremely comfy to say the least. 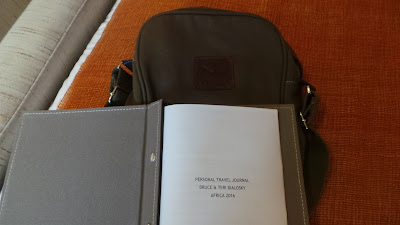 For this particular journey, my step-by-step path was recounted in a previous post. In short, I was fortunate to have been referred to the company andBeyond, whose planning and guidance proved to be invaluable. Planner extraordinaire Kirsten was amazing, patient, informative and now retired (hope it wasn’t me!). The CEO of andBeyond is Joss Kent, whose father founded the iconic Abercrombie and Kent. Joss left A&K and went to their biggest competitor, which I think you might find to be an interesting story.
Our four days in the Cape Town area were based at the One and Only Hotel right on the V&A Waterfront — walkable and safe for shops, restaurants and getting the lay of the land.  You can read about how we “crashed” a Passover Seder the day we arrived, recounted in another post. Below are photos from the hotel, including a turn-down service wishing us a Happy 30th (not until August but much appreciated!).
A must-see in the area is The Old Biscuit Mill particularly on Saturday mornings where it is an insane scene of food stalls, arts & crafts and wall-to-wall people.  This was among the main sights seen and enjoyed as we navigated around the city in our rental car while becoming reacquainted with driving on “the wrong side” — particularly when making turns.   That can be most challenging.
A fabulous and interesting dinner was right in the same area, at The Test Kitchen, the only restaurant on the African continent listed on the World’s 50 Best. The booking was made as far in advance as allowed, which turned out to be fortuitous.  I was told repeatedly how difficult it is to get in; in fact, Ellen DeGeneres made quite a stink last year when they would not accommodate her and wife Portia — the story made the local press. 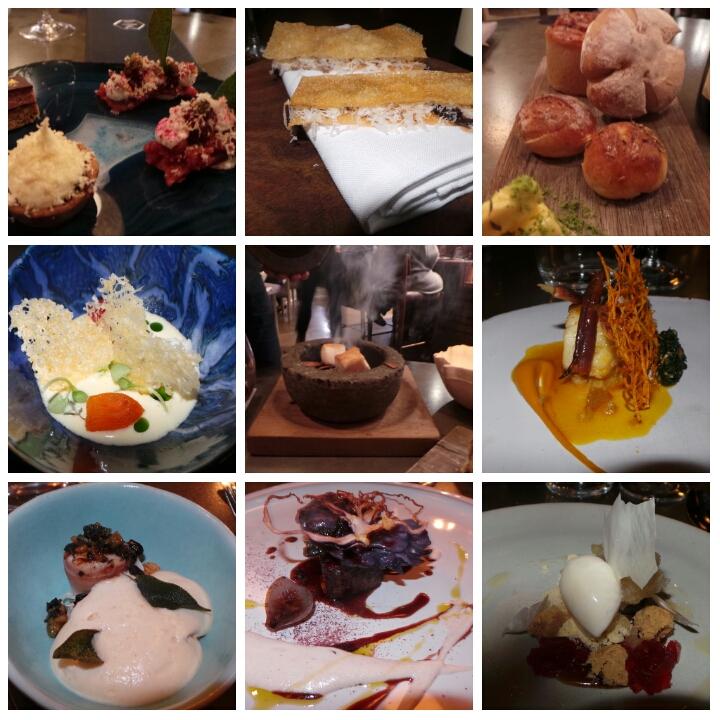 The drive around the Cape of Good Hope is also a must-see.  Eagerly anticipated was the visit to Boulders Beach in Simontown at the penguin colony.  They are abundant in numbers.  Fortunately for both the tourists and the penguins, barriers are set up providing protection from getting too close (their beaks are sharp and they might bite).  What is it about them that is so captivating? 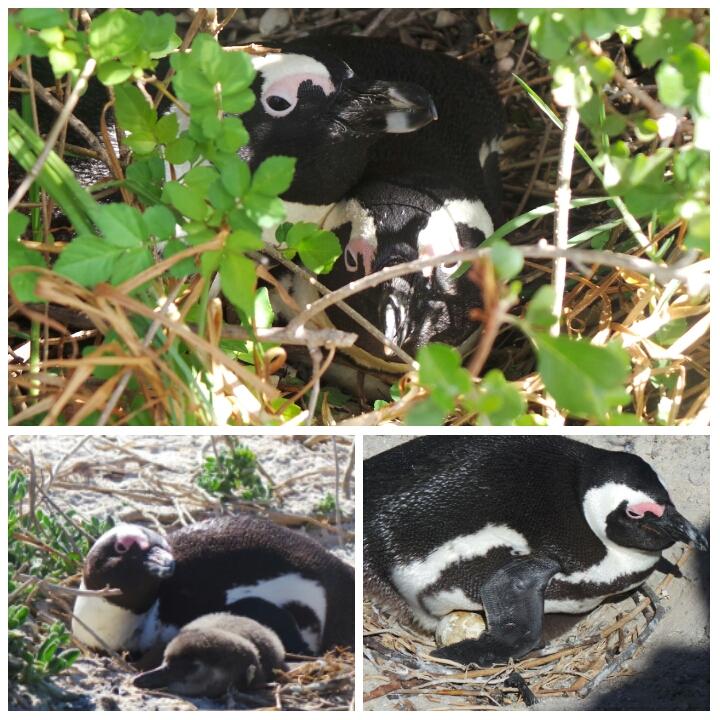 “Baboon crossing” signs along the highway were a good thing.  The traffic stopped dead as the animals emerged on the side of the road and indeed crossed.  Everyone warned us not to feed the baboons as they can become aggressive, so the windows stayed up (except for a few pix).  The Cape itself is breathtaking, as is False Bay.  We took the funicular up near the top while many others braved the steep terrain by hiking up to the original lighthouse or down the sloping rocks.

I am proud to have braved the Cape wheel (with enclosed cabins) for a sweeping view of Table Mountain and Lions Head as I am not a lover of heights. It was worth it on a gorgeous, clear day.   Our last dinner was at The Butcher Shop for steaks cut and served “to your liking.”  We are loving the exchange rate in South Africa.  The cost of the prix-fixe dinner at The Test Kitchen was about half what it was at comparable restaurants in Spain last year.  The steak dinner with wine plus 20% tip: about $65 usd.   Good for us; not so good for this country.  Off we go exploring the Cape winelands, to be covered in the next post. 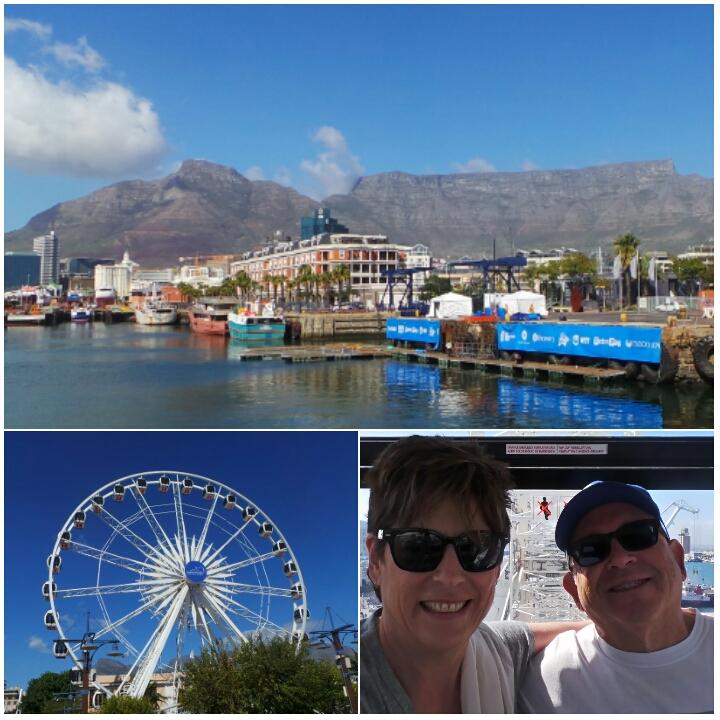 Teri B.
CRASHING A SEDER IN CAPE TOWN
AFRICA, PART 2: CAPE WINELANDS NOT QUITE NAPA … YET