Things You Should KnowU.S. TravelWining/Dining
Teri B.8 years ago607 views
A Bruno Mars concert was the raison d’etre for a quick trip to the Bay Area and back on a recent weekend.  Yes, he performed locally (in answer to your question), but a prior commitment led us to make the third of four trips up north this year (Thanksgiving weekend to follow).
Considering the total time necessary to fly (door-to-door close to five hours), why not hop in the convertible and enjoy the glorious CA sunshine while stopping along the way in Paso Robles, aka the (not-so) new Napa.  And that is exactly how it went with some great tunes both during the drive and certainly at the concert. 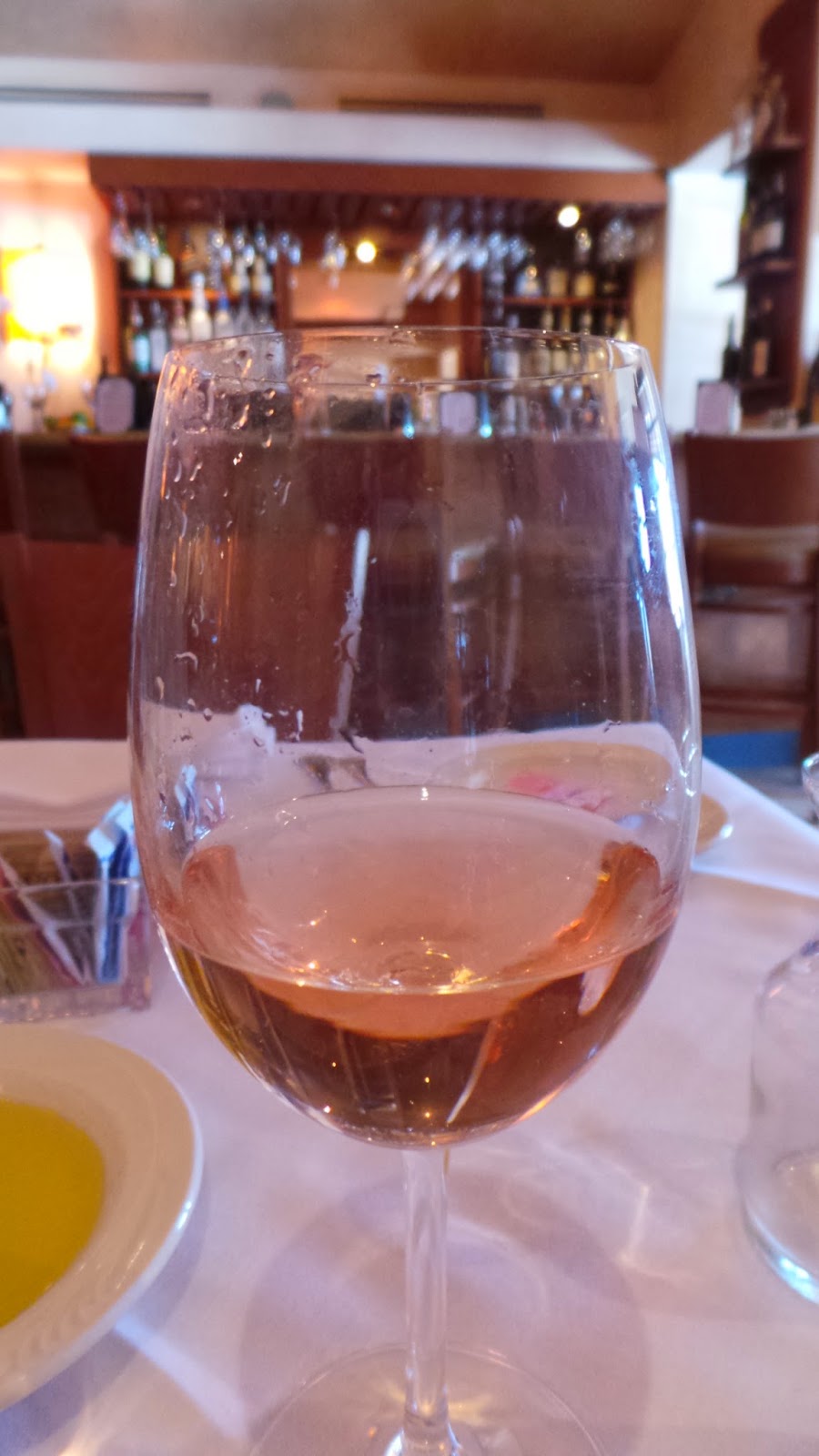 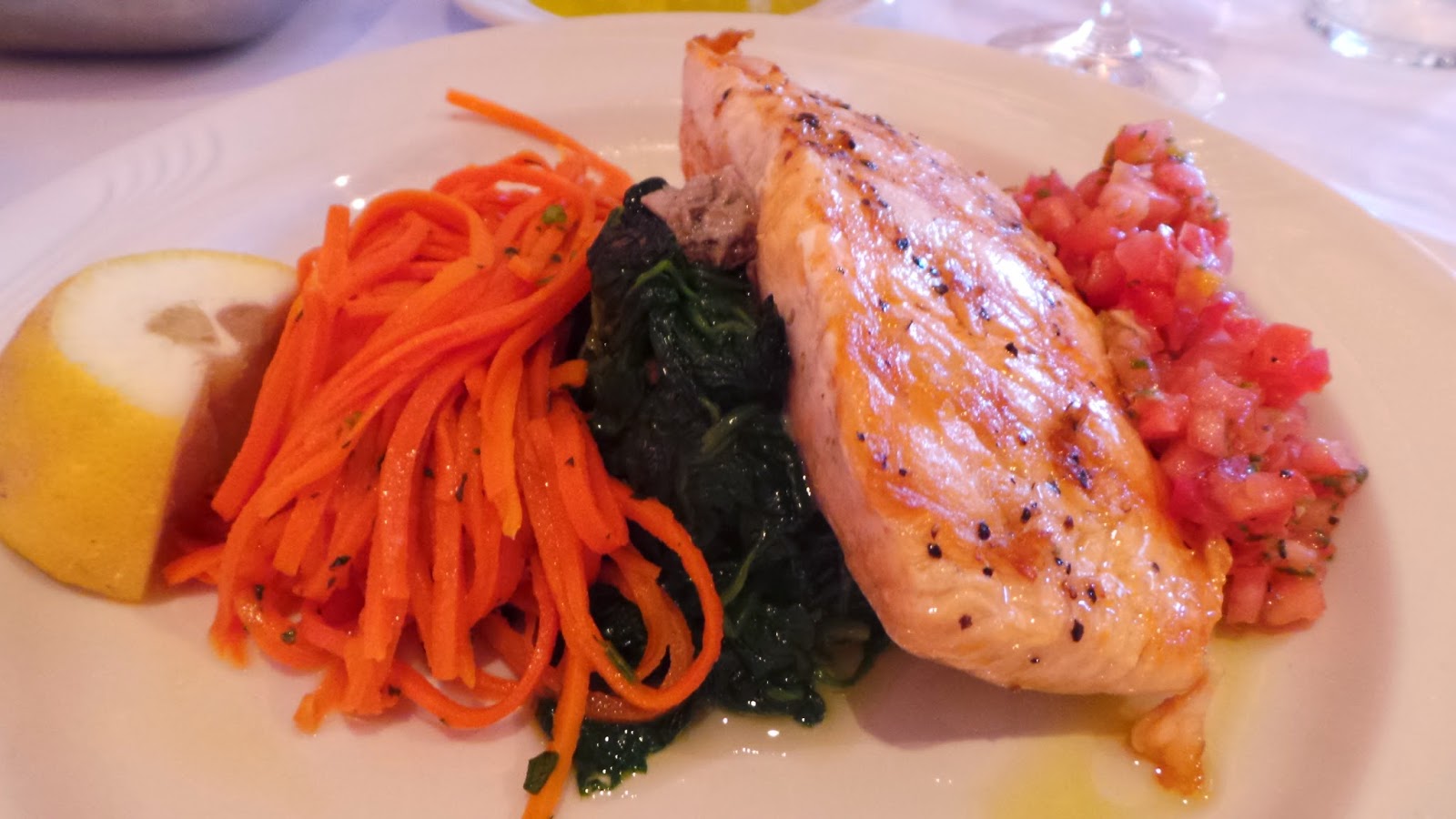 Lunch was at Buona Tavola in P.R., right on the main street.  I have to force myself to eat salmon for the health benefits, but this was just downright delicious.  Paso Robles might be inland (and hot), but fresh fish is abundant.  Since I wasn’t driving, a lovely glass of local rose’ was a perfect side note for the brief stop and off we went.

The Bay Area can certainly hold its own with us So Cal folks when it comes to traffic, sad to say, particularly in the Silicon Valley corridor.  Nevertheless, we arrived at the Four Seasonsin Palo Alto with time to spare.  This is a very modern, hi-tech (natch) outpost that caters to the business crowd coming to the area.  It is literally down the street from Stanford and a great location for access to all the local environs.  Weekend rates are quite “reasonable,” at least by FS standards.   The other choice for luxury accommodations would be the Rosewood located on infamous Sand Hill Road, where all those venture capitalists looking to fund
the next Facebook or Twitter are located.

Back down the 101 to the SAP Center (formerly HP Pavilion, home to the San Jose Sharks), we arrived in search of a quick bite prior to the concert and found that the arena clearly caters to the drinking-as-opposed-to-eating patrons. There are normally tons of food options but nearly none were open, save for two.  Alcohol? Not a problem.  That was a mystery to us — not the alcohol part, but seemed like a lot of revenue lost! 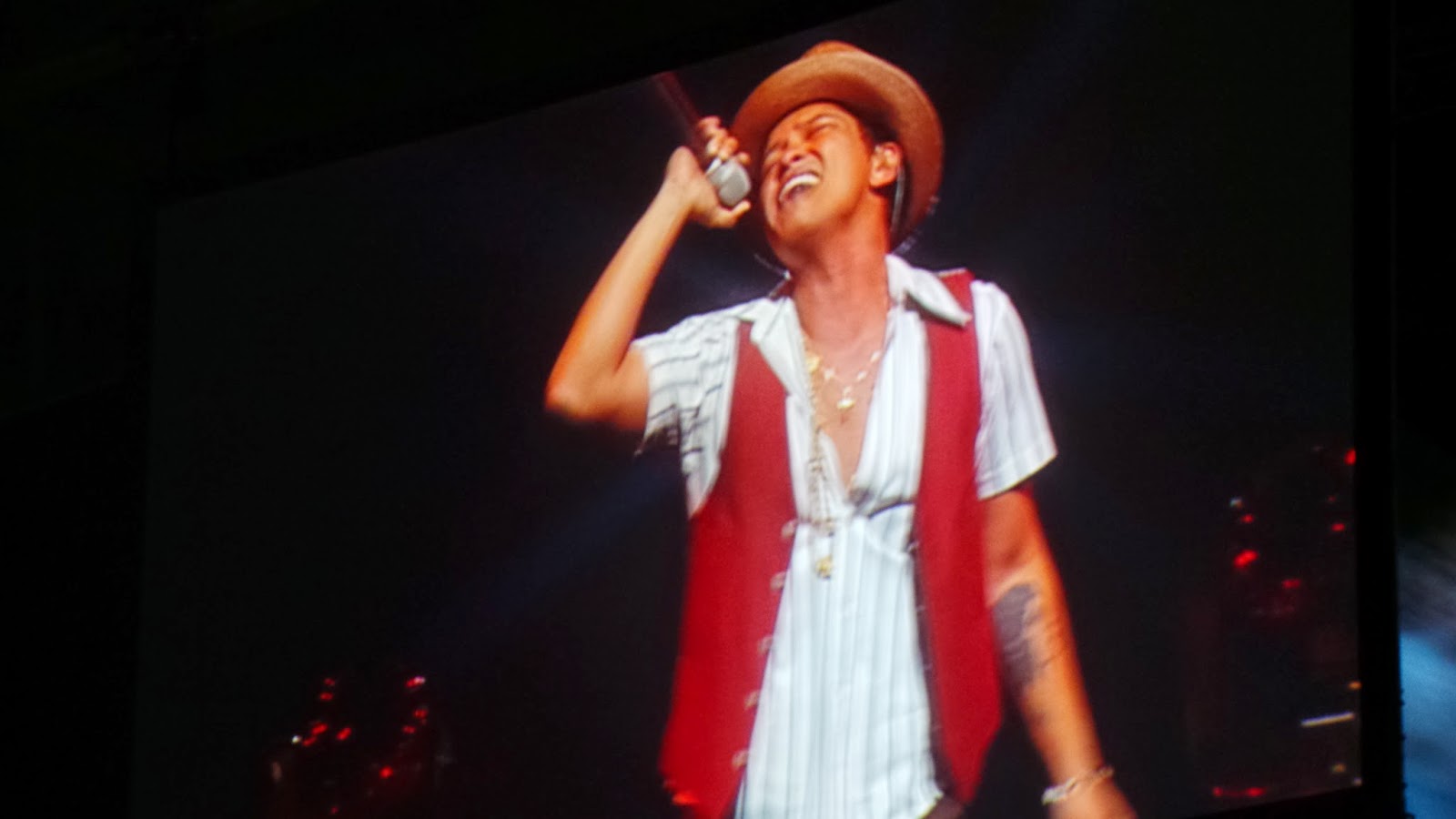 Mr. Mars puts on a fantastic concert. If you’re not familiar with him, he provided the halftime entertainment at this year’s Super Bowl and is hugely talented with major appeal to all ages. Literally, there were moms without kids there, people of every ethnicity, and few remained in their seats.  As a side-note, he lives in my Studio City neighborhood (as clearly evidenced by the non-stop tour buses) but I have yet to have the opportunity to see him.  Were 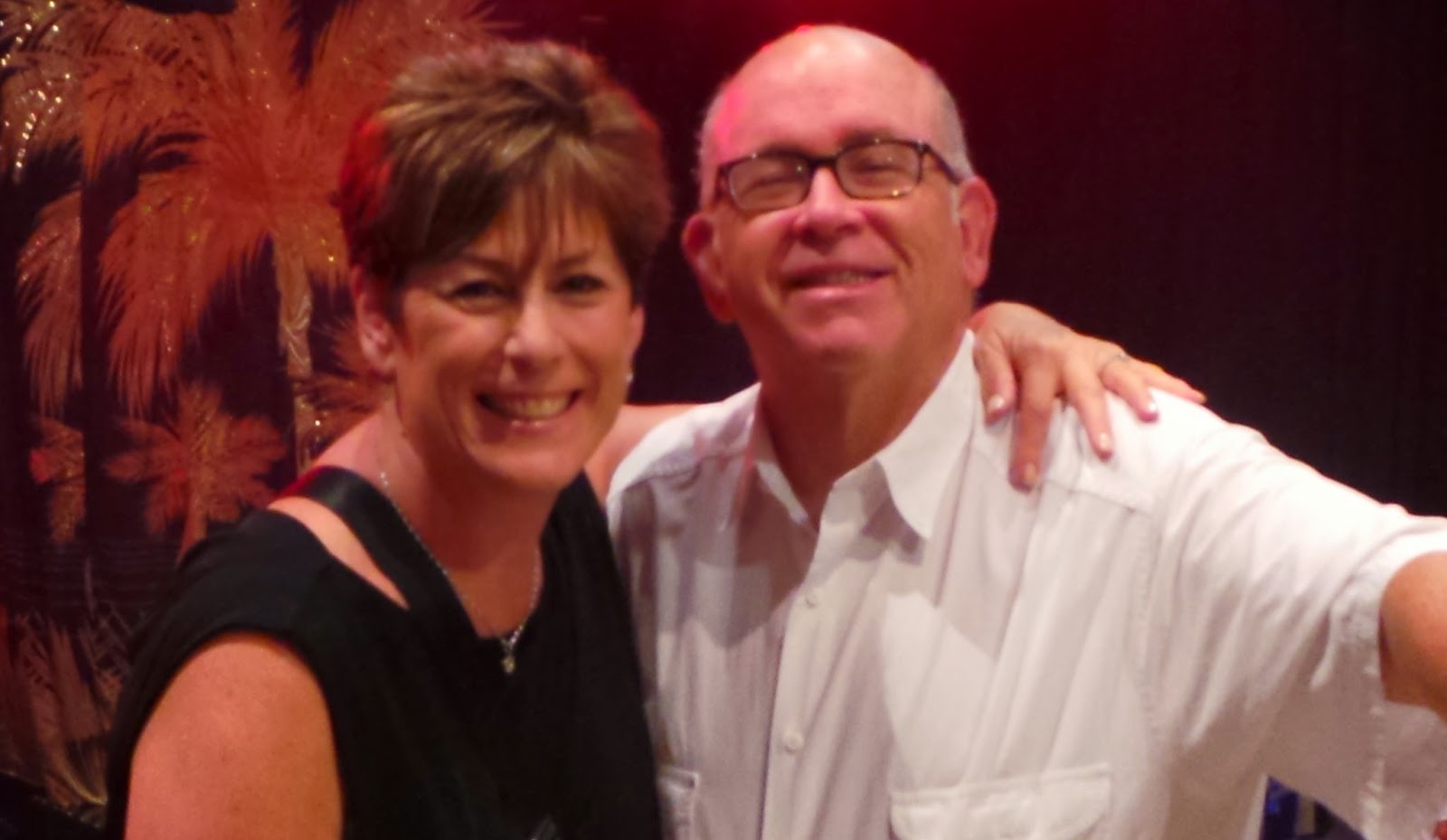 that to happen, it would be steep praise for a show completely devoid of profanity (call me old fashioned) and proselytizing (hooray).  In other words, nearly two hours of pure entertainment.

We returned to the 101 for the drive home the next day.  Stops included a farm stand (damn, I must curtail how much corn to bring home), and another wonderful meal in Paso Robles (kind of the half-way point) — this time for spectacular Mexican food at Habaneros on 12th Street.  I’m not a big Yelp user, but that was how we ended up at this 30-seat restaurant that served incredibly fresh and delicious food.  I wish them continued success and urge anyone in the P.R. area to stop by; you will be happy you did.

Finally, another note regarding Paso Robles.  I signed up for a twice-yearly mailing from Pasolivo, an artisan olive oil producer.  The shipments always have their regular EVOO, with some wonderful surprises in addition.  My fave is the basil-flavored oil which is used practically daily during the summer with tomatoes from my garden … and for the best-ever way to eat almonds, coat (unsalted) roasted almonds with their lime-flavored oil, heat on a sheet pan at around 350 degrees until brown.  Sprinkle with sea salt.  Amazing. 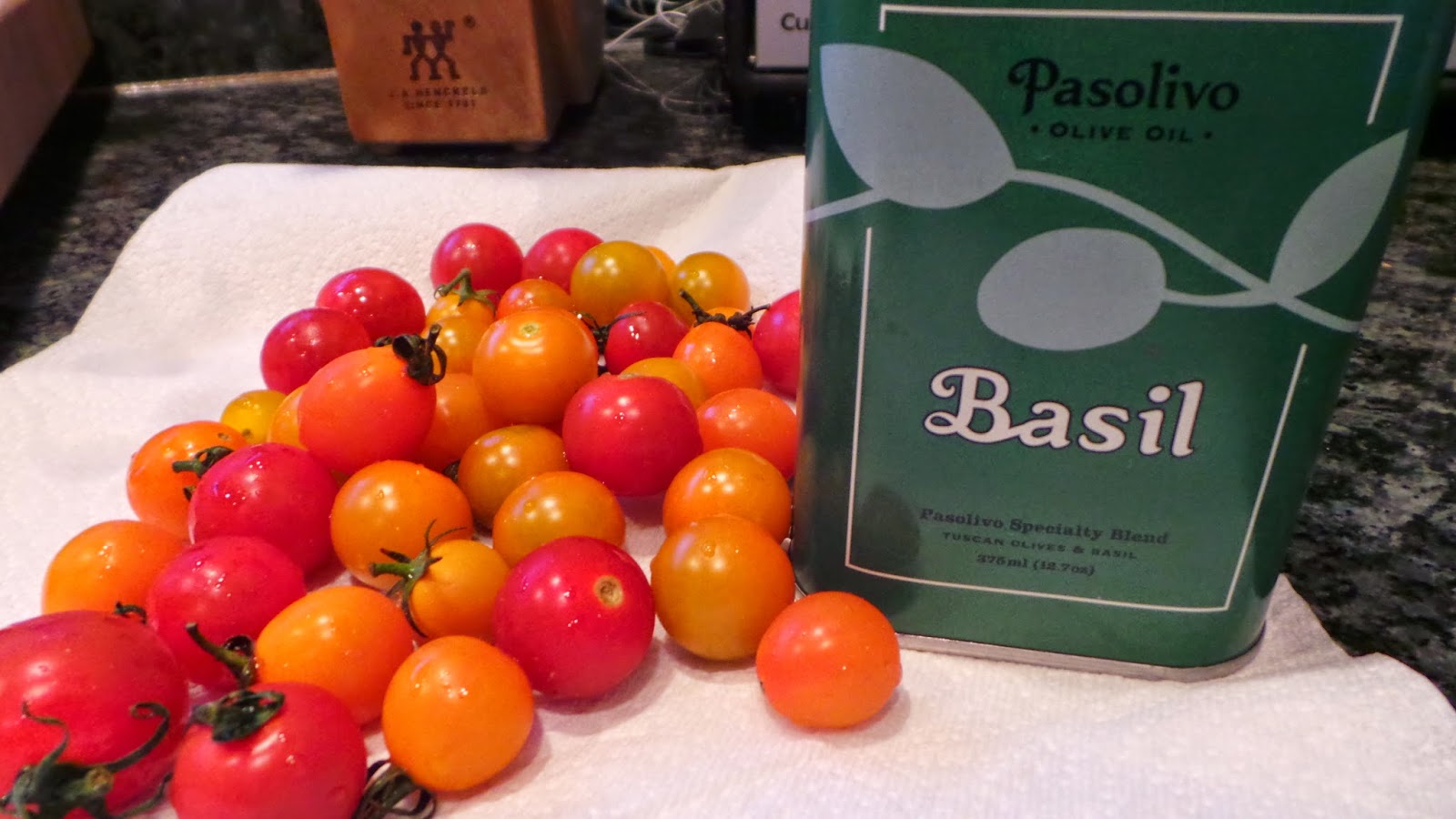