A four-day trip to New York was filled with lots of special meaning … most particularly attending our daughter’s college graduation from Hofstra University (included on a recent list of the 25 Most Underrated Colleges by Business Insider),

plus celebrating the recent graduation of our son from The Ohio State University.  Not a moment was wasted, even with having to pack up and handle the massive amounts of accumulated stuff.

The challenge of this particular visit was managing the roughly 28 miles from Hofstra and our nearby hotel (dead center on Long Island) to midtown Manhattan:  what’s the best (fastest) route?  take the bridge or pay the tunnel toll (toll is $15 round-trip!)? where’s the cheapest garage (which can run $11 every 30 minutes!)?  These were the questions of the trip! 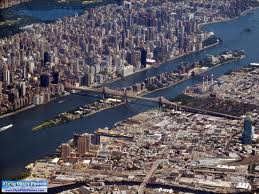 After arriving quite late on Friday, the family was all together for breakfast at a now-familiar choice:  Colony Diner on Hempstead Turnpike.  We’ve come to learn that Greeks operate the vast number of these diners that offer delicious food at reasonable prices, and are well-run establishments.  I will miss these places! 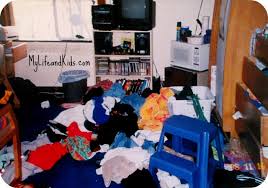 The hubby and the son departed with driving directions (and a seat map) for a day game at Yankee Stadium, so the task of packing — well, really wading through the rubble caused by finals and end-of-the-school-year chaos — began in earnest.  I had shipped many empty cartons beforehand and brought a large suitcase filled with more.  Nevertheless, the daughter and I faced a task that is daunting and exhausting! 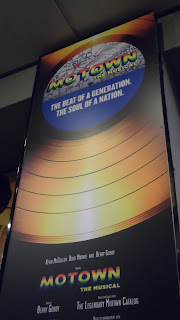 Fortunately we had time to rest up before the first trek into the city that evening for a casual dinner and seeing Motown the Musical.  This is a breezy and fun show that chronicles the life of Berry Gordy and the various artists launched by the label — Little Stevie Wonder, The Supremes, The Jackson Five, Smokey Robinson — and on and on!  If you enjoy the music of Motown, you can’t help but enjoy this musical, and the crowd was on their feet at the end. 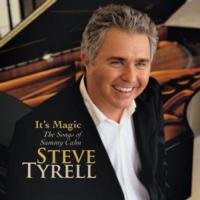 That wasn’t enough entertainment for the hubby who took the son and headed up to the Carlyle Hotel in time for Steve Tyrell’s late-night performance at the famous Cafe Carlyle — home to the great Bobby Short for 30 years.   I love Mr. Tyrell as well, but the thought of the drive back and being at the 9am graduation motivated the daughter and me to head back and let the boys fend for themselves.   Needless to say, there were some interesting stories of the folks they encountered on the train ride back from Penn Station to Mineola at 1 a.m. 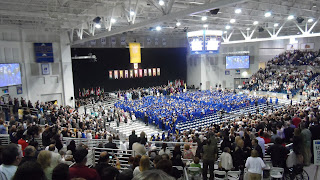 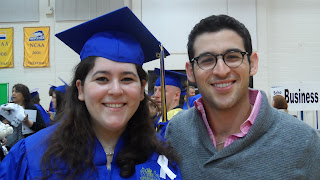 The graduation was a lovely event — approximately 1,000 grads and their loved ones filled the same campus venue where the Presidential Debate was held last October.  The commencement address was less than five minutes (maybe others could learn from this), the grads all walked and then the celebration really began.   The four of us then headed back into the city for brunch before the matinee performance of Vanya and Sonia and Masha and Spike, an absolutely hilarious comedy based on Chekhov and superbly cast with David Hyde Pierce and Sigourney Weaver.

I highly recommend this if you’re in NYC any time soon.  We headed to the Upper West Side for drinks and dinner with family, the hubby’s aunt and husband.  We walked to Cesca on 75th and Amsterdam, a very good Italian/Continental restaurant and enjoyed spending time together. 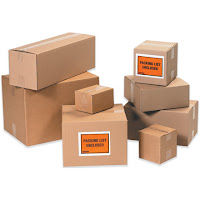 After completing the task of packing and taking the cartons to the local UPS store (we clearly made their day with 24 cartons), it was time to head back into the city for the official Graduation Dinner … and time to expose these accomplished young adults (the son and the daughter) to a serious food experience.  Readers of this blog know the hubby and I are big fans of Daniel Boulud, 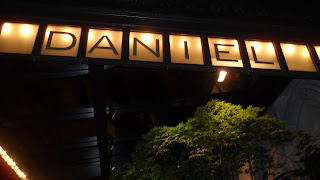 so to us it was entirely fitting to dine at his eponymous and incredible establishment at 65th and Park Avenue.  Jacket and tie required?  No problem.  Plus our own rules for the dinner — no cell phones at the table, unselfish sharing, and no rushing through the courses!

This was just what I was hoping for to celebrate the end of college and the next phase in their lives (getting off the dole!).  The son was none-to-happy that I was planning to take some photos of the food; I promised discretion and infrequency.  Alas I was not the only one memorializing both the meal and the scenery (unbelievable flowers).  The staff was gracious, accommodating, and played a big part in making this evening so special.  Three hours later we emerged with some fantastic memories, full tummies, and a wonderful shared experience. 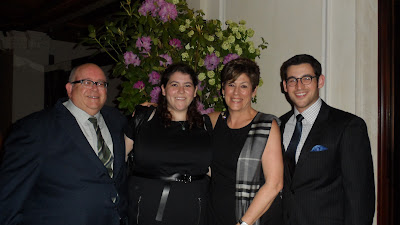 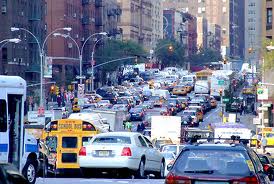 It was up at the crack of dawn for us the next morning – a car to return, four bags to check (thankful for having airline loyalty in this case), and a 7:30 a.m. departure.  Not sure when I’ll be back in the Big Apple next, but two things are certain:  I’ll be staying in the city and I certainly will not miss driving a car!