So hard to believe we’ve celebrated Thanksgiving already!  Maintaining our family tradition since the kids went off to college, we vote on a city where we all four spend the holiday together .. this year Nashville got the nod.
Firstly, it is a non-stop flight from LAX on Southwest.  That is big, especially traveling this particular holiday.  The trick to avoiding the madness?  Go on Tuesday and come back on Saturday.  Have not experienced glitches — in fact on the return trip we arrived 30 minutes early.  (Southwest says next time they run late, we’ll be even…) I love having adult children who can meet up with us.  Texting from various airports re travel schedules and finally all being together for the first time in many months is just great! 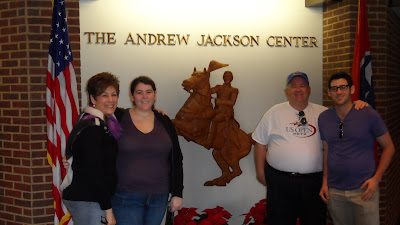 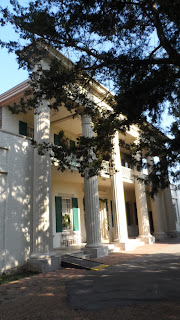 Our first full day was jam-packed with activities, a list of possibilities I had collected for some time.  We started out at the
The Hermitage, long the home of our seventh president Andrew Jackson and his wife Rachel who hailed from a prominent Nashville family.  Regrettably she died days before he was inaugurated and he remained single the rest of his life.  The home is over 8,000 square feet on 1,120 acres.  Jackson was an entrepreneur before becoming president and quite successful from a number of businesses.  Several generations of Jacksons lived on the premises and are in the family plot on the grounds. 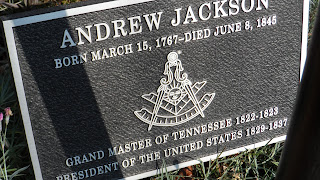 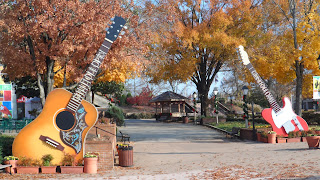 A few miles away is the vast complex known as Gaylord’s Opryland, including a huge hotel, convention center, performing venue and the ubiquitous outlet mall.  Lunch was a taste of southern bbq at Whitt’s, a small local chain.  Vinegar-based and dry (as opposed to “wet” with sauce), the food was quite good but the slaw was a bit tart for my taste … 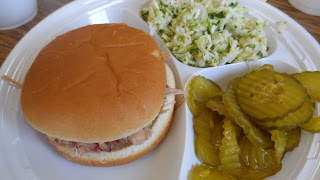 Late in the day after seemingly circling the city, we ended up driving through the beautiful Belle Meade area and on to the Loveless Cafe.  Pretty much everyone has a photo on the wall here — known for their unbelievable biscuits and fried chicken.  Yep, just had to try some.  Oh my, good thing I don’t live it the south!  This small cafe serves between 4,000 and 7,000 biscuits a day, with some 400,000 visitors during the course of a year … 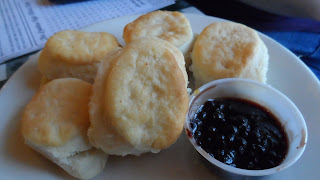 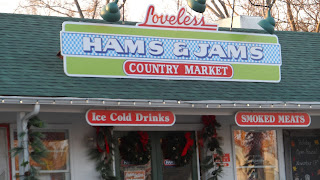 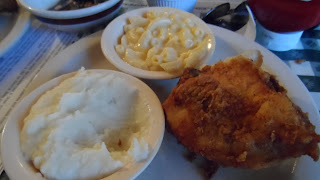 For Thanksgiving Day, football is an obvious choice as is a movie.  Again a vote and Lincoln was the winner .. and what an incredible movie it is.  Pretty much a casting director’s dream as there are a huge number of speaking roles and cast surprises.  No spoiler alerts here, save to say Daniel Day Lewis will likely be an odds-on favorite for Best Actor. 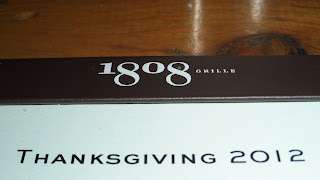 For dinner, the choices were a bit limited.  Rather than one of the steak houses we could enjoy at home, we opted for the highly rated 1808 Grille in our hotel, The Hutton (a great choice, by the way).  Of course there was the traditional turkey but also crab cakes, lamb and other delicious goodies.
We ventured well inland on Black Friday, some 75 miles to Lynchburg.  Why?  So we could tour The Jack Daniels Distillery, largely unchanged since 1875 when Jasper “Jack” Daniels created the sour mash whiskey that they brew today.  Approximately 400 employees turn out some 156 million bottles annually, all made on the premises.  Remarkably no tasting is allowed as that particular county is dry!  But plently is sold there .. 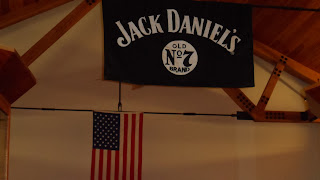 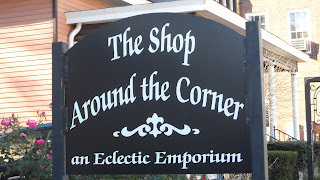 From Lynchburg it was on to Franklin,  a wonderful bustling town founded in 1799 and no more than 30 minutes from Nashville.  The shops were full and the town was a shopper’s paradise … only if you are of the female species.  My son remarked it is where husbands die from boredom.  Fortunately the hubby managed to survive.

We finally found ourselves cruising downtown that evening.  The Ryman Auditorium was already sold out so a visit to the real home of country music will have to wait.  But dinner was another story .. 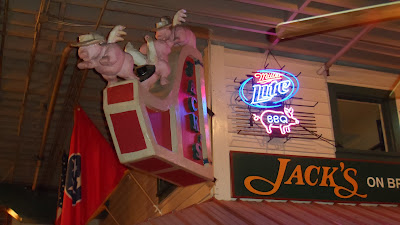 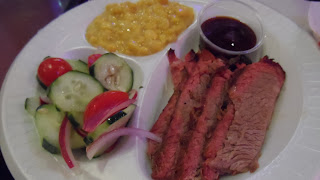 Jack’s BBQ on Broadway is rated #1 in this town.  And it brought back many a memory from the last time I ate here.  It was September 13, 2001, to be exact and I know this because we were on the drive across country after 9/11.  Of course there were no smart phones at the time so we relied on friends at home doing research for us.   We were told about Jack’s and it is as good today as it was then …

Most of our last day was scheduled around watching the classic rivalry of Ohio State vs. Michigan.  Son Sam graduates OSU in May and flew back from Nashville to attend the game.  After another airport run for Hannah’s flight to NY, we settled in close to the airport for the game.  Victory is so sweet!

After this trip, I now know firsthand why Nashville is consistently ranked among the best cities in the U.S.   Highly recommend a visit there and thanks to all my friends for their tips on what to see and do…
Teri B.November 28, 2012

Teri B.
A Visit to Sunnylands
FAVORITE GARDENS